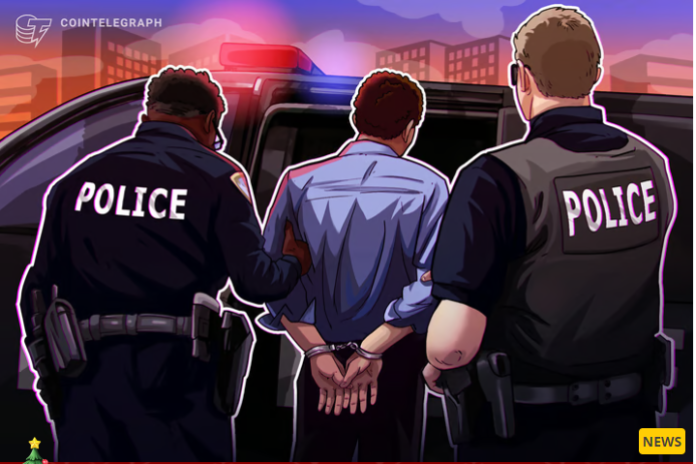 According to local media, Hong Kong police have arrested two executives at crypto exchange AAX for fraud and misleading the police.

Weigao Capital CEO Liang Haoming and former AAX CEO Thor Chan were arrested on December 23. Local authorities accused them of claiming there was “system maintenance” as an excuse for delaying clients withdrawing assets due to liquidity issues.

One of the executives is also said to have lied to police about the timing of his activities at the company in order to deliberately mislead law enforcement.

Two AAX bank accounts and the executive’s bank accounts and assets were frozen. A third executive is said to have fled overseas with an AAX wallet and private keys, which police say contain around $30 million worth of digital assets. His property in Hong Kong was confiscated by the police. As part of the investigation, Hong Kong authorities are working closely with foreign investigators to track down the funds.

The Hong Kong-based platform has been shut down for “system maintenance” since mid-November, leaving 2 million registered users without access to their funds. Since then, local police have received more than 337 reports of victims in China, Taiwan, Italy and France.

advertising
Stay safe in Web3. Learn more about Web3 Antivirus →
Withdrawals were halted by AAX on November 14, citing an issue with the exchange’s system upgrade. The company assured its community that the payout freeze had nothing to do with the collapse of crypto exchange FTX, as rumors suggested.

A few weeks later, AAX’s Vice President of Global Marketing and Communications announced his resignation. Ben Caselin confirmed on Twitter that he had left the crypto exchange, stating that despite his efforts to fight for the community, the initiatives he proposed were not accepted. He described his communications role as “hollow”.

In Nigeria, the shutdown of AAX’s operations led to users harassing former employees of the crypto exchange’s Lagos office.