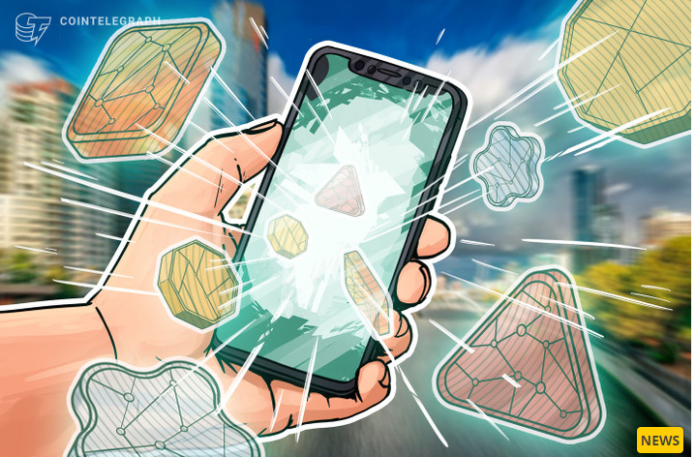 The Ethereum Name Service, or ENS, .eth domains ranging from 0000 to 9999 have recently caused a stir among investors, speculators, and non-fungible token (NFT) enthusiasts. While three- and four-digit names have been around for years, the number of people who signed up for ENS domains and bought these digital names in secondary markets last week had a significant impact on market volume.

According to the Dune Analytics dashboard for ENS, the revenue spike started on April 21st and the amount of eth. Since then, the number of registered names has increased from 2,721 to 21,188 as of Thursday. Over the past seven days, trading volume for ENS domains on OpenSea has increased by 3333% to 2613 ethers (ETH) or $7.3 million at the time of writing. The secondary market saw the largest number of ENS NFT trades in the past 48 hours, with the most expensive domain to date “555.eth” selling for 55.5 ETH or $156,821.91 on Thursday.

Each ENS web name is an NFT, minted and traded like any other non-fungible token. These decentralized domains ending in .eth can act as Ethereum wallet addresses, cryptographic hashes, and website URLs. As decentralized applications (DApps), wallets, exchanges, and marketplaces increasingly support NFT usernames, whether from ENS or competitors like Unstoppable Domains, Web3 users are realizing the value digital identity can bring.

The owners who collected ENS names from 0 to 9999 created an exclusive Discord channel called 10kClub. At the time of writing, about 4,000 ENS owners have joined this social club. The members even created a chorus that was constantly posted on the Discord chat, stating “I AM MY NUMBERS AND MY NUMBERS IS ME.” According to the 10kClub Twitter page, there is no roadmap.

As a result, the app.ens.domains website crashed last week, leading users to a 404 error page because the website could not be found on the server. On Thursday, the ENS team tweeted several times that they are working on a solution to the problem.

Not only individuals, but also major brands and companies have recently registered their names on the Ethereum naming service, such as Puma and Budweiser.