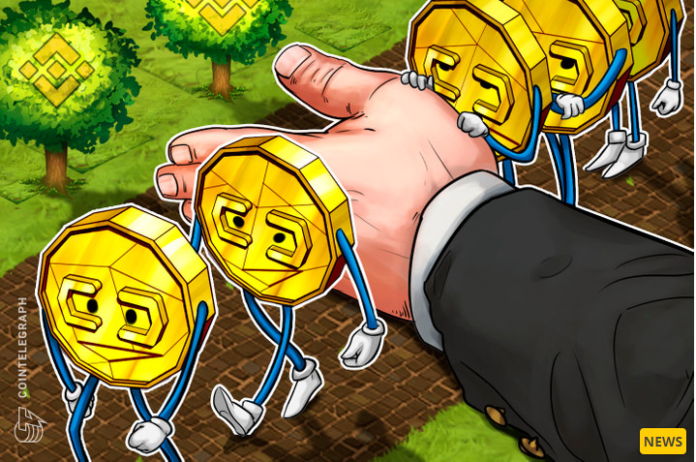 As the fight for regulatory clarity is in full swing, Binance Australia CEO Lee Travers believes such a structure would prove that the crypto industry is “holding itself to a higher standard” than many believe.

On Tuesday, Travers spoke to Cointelegraph about the current state of local cryptocurrency regulation efforts and how the opportunities available in the industry are limited by a lack of clarity.

This lack of clarity has been cited as the reason why the Commonwealth Bank of Australia (CBA) last month indefinitely postponed the pilot program of its cryptocurrency trading services. While there are no rules on the books explicitly banning the new CBA service, Australian financial regulators have pushed for the service to be suspended due to a lack of consumer protection.

Without the rules in place to allow such crypto services to operate, they will not be able to prove their viability.

From Travers’ point of view, the crypto industry is already ahead of traditional financial regulatory regimes for several reasons, and he believes the new rules should reflect this. He said that he thinks “the crypto industry wants to see regulation” for good reason:

“People in crypto want to prove that they are held to a higher standard than what people really think they are.”
Travers believes a prudent regulatory regime will make this higher standard clear to Australians. With or without new rules, analytics firm Chainalysis made it clear in January that when it comes to financial crime, “cash still plays a leading role.”

The cryptocurrency industry differs from traditional finance in that cryptocurrencies such as Bitcoin (BTC) and Ether (ETH) do not fit into any existing classification of property or financial products, Travers said. Cryptocurrency is currently classified as property in Australia.

Travers said the distinction between cryptocurrencies and other assets could widen over time as decentralization intensifies, adding that “cryptocurrency suits different products,” which only makes it more difficult to regulate it responsibly.

Travers has named Senator Andrew Bragg as one of the Liberals’ crypto advocates, but the local industry may be at a loss for such a champion now that the Labor Party has taken power for the first time in nine years.

He said that the former Majority Liberal Party considered an industry “with high-paying jobs and contribution to the economy” a good thing. He worries that work on the new rules, which is already underway, will slow down significantly because “the workforce is not immediately focused on blockchain or cryptocurrency,” which could put the domestic industry at a disadvantage:

“This industry needs more regulation because it is difficult to be a service provider in such an environment.”
Overall, Travers looks optimistic about crypto. He shared his beliefs about the future of non-fungible tokens (NFTs) and the various roles they can play in society.

Despite the ongoing price crash, with BTC falling below its strike price for the first time since March 2020, Travers is generally bullish on the industry. He noted that in the short term “cryptocurrency will struggle as much depends on macroeconomics”, but it is only a matter of time before the situation changes for the bulls:

“When the fear of higher interest rates subsides, crypto will catch that wind and provide more opportunities when everything sells out.”