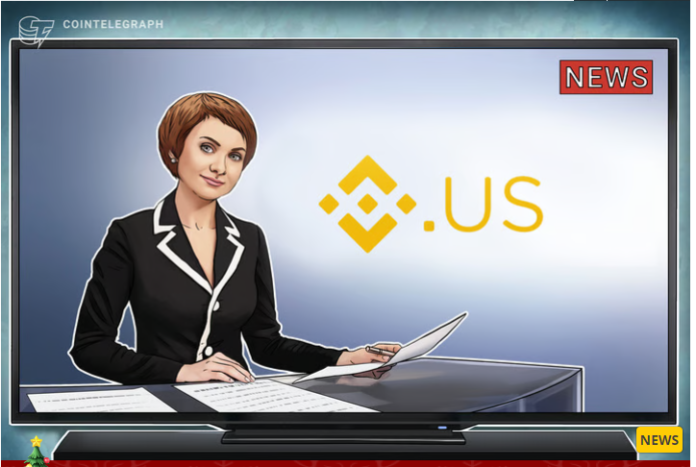 Previously, FTX US was the top bidder for the company’s assets with a bid of $1.4 billion.

According to a new press release published Dec. 19, cryptocurrency exchange Binance.US will acquire the assets of bankrupt crypto lender Voyager Digital for $1.022 billion. After reviewing strategic options, the company said Binance.US was “the highest and best bid for its assets.”

The $1.022 billion offer includes the fair market value of Voyager’s cryptocurrency portfolio at a future date to be determined, plus additional consideration of $20 million in additional value.

“The company’s claims against Three Arrows Capital will remain in the estate and all future recoveries on these and other unpaid claims will be distributed to the creditors of the estate. Binance.US offering aims to return crypto to customers in kind in accordance with court-approved payouts and platform capabilities.
The transaction is expected to close on April 18, 2023. Binance has agreed to make a good faith down payment of $10 million and reimburse Voyager for certain expenses up to a maximum of $15 million. A hearing by the presiding insolvency court will take place on January 5, 2023 to approve the purchase agreement. In addition, the sale is subject to a creditor vote and other customary closing conditions.

advertising
Stay safe in Web3. Learn more about Web3 Antivirus →
Voyager suspended payouts and filed for bankruptcy in July amid liquidity problems resulting from a $650 million default by defunct hedge fund Three Arrows Capital. Cointelegraph previously reported in October that struggling cryptocurrency exchange FTX US received a $1.4 billion bid for Voyager’s assets. The previous agreement allowed first-rank debts to be paid in full and allowed unsecured creditors to recover approximately 72% of the value of their accounts.

In a December 20 Twitter post, Voyager’s Unsecured Creditors Committee said it believes Binance.US’ offer “appears to be the best offer right now,” but said it was given limited time to evaluate of the decision is “still under consideration” – was only informed on December 8 of Voyager’s intention to accept the offer.