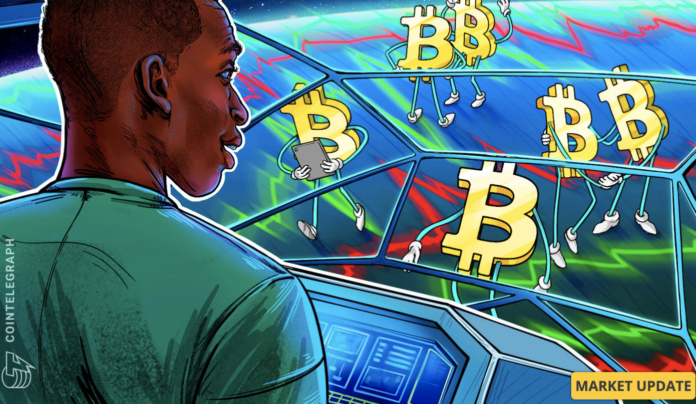 Bitcoin (BTC) reached multi-day lows on August 10 as cryptocurrency traders prepare to take a hit with fresh inflation data in the US.

BTC/USD 1-hour candlestick chart (Bitstamp). Source: TradingView
Trader: Market ‘could get ugly’ if CPI continues to rise
Data from Cointelegraph Markets Pro and TradingView showed BTC/USD dropping to $22,668 on Bitstamp in the latest daily close – its lowest level since August 5.

The bullish momentum evaporated during the previous day, and the mood among traders was off risk as markets waited for the latest CPI reading.

Covering July, the data was due at 8:30 AM ET on August 10, with forecasts calling to show that US inflation has already peaked.

“CPI publications have been very pivotal to BTC price action,” William Clemente, Lead Insight Analyst at Blockware, wrote in a tweet about the event, adding that the CPI will mark a “significant day” for cryptocurrency.

The accompanying chart shows the impact of previous CPI readings on BTC/USD.

“The market was pumping about the idea that inflation probably peaked last month,” he wrote in a dedicated thread.

“If you don’t get that confirmation today, I think it could be ugly short-term as the peak is likely to be moved forward another one to two months. Which would likely mean a delay in the Fed pivot as well.”
Macro analyst Alex Krüger was more dismissive, meanwhile, calling the CPI a “small number” while acknowledging its impact on risky asset trends.

Daan Crypto Trades has identified $24,300 as a critical level for a breakout and stabilizing Bitcoin to “fly,” with $21,000 as a potential target in the event of a crash.

“BTC is back in the whale accumulation zone,” the Whalemap team summed up on August 9.