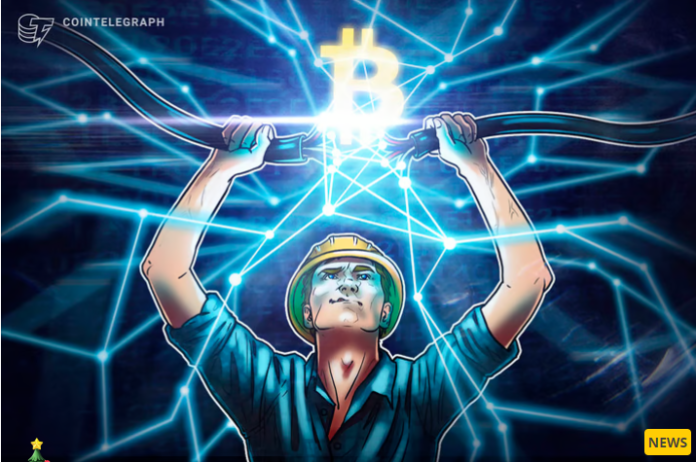 In the days leading up to Christmas, freezing temperatures swept across the United States, leaving millions without power and killing at least 28 people.

Texas miners, who account for a significant portion of the country’s hash rate, have voluntarily scaled back operations to get power back on the grid — so residents can keep their homes warm.

The disruptions appear to have dampened Bitcoin’s hash rate, which typically ranges from 225 to 300 exahashes per second (EH/s). This fell to 170.60 EW/s on December 25th.

However, as of December 26, the hash rate has returned to 241.29 EH/s, according to data from CoinWarz’s hash rate mining calculator.

Bitcoin’s hash rate is calculated by measuring the number of hashes generated by bitcoin miners trying to solve the next block. It is considered a key metric for evaluating the security of the Bitcoin network.

Recent events prompted a controversial statement from FutureBit founder John Stefanop, who suggested that the drop in hash rate was due to the simultaneous closure of a number of “highly centralized mines” in Texas.

“I know it doesn’t change the fact that some big mines in Texas affect the entire network by 33%… everyone’s transactions are now being confirmed 30% slower because the hashrate isn’t entirely decentralized,” he said.

“If the hashrate had been distributed evenly around the world by tens of millions of small miners instead of a few tens of giant mines, this event would not even have registered on the network,” added Stefanop.

According to the Cambridge Bitcoin Electricity Consumption Index, the United States accounts for 37.84% of the average monthly hash rate share. The country’s top four states for bitcoin mining are New York, Kentucky, Georgia and Texas, all of which experienced power outages due to the winter storm.

Cheap energy and favorable mining regulations in Texas have fueled a bitcoin mining boom in Texas over the past few months, which is now home to some of the largest mining companies in the world.

However, recent weather events have only added to the list of headaches for bitcoin miners.

According to recent data, the bear market has plagued bitcoin miners with $4 billion in debt.

Many big-name US-based mining companies have also filed for bankruptcy in recent months, while many other companies are reaching near-insurmountable debt ratios that require immediate restructuring.

The tragic weather events have not yet impacted Bitcoin’s price, which currently stands at $16,826 – down just 0.27 in the last 24 hours.