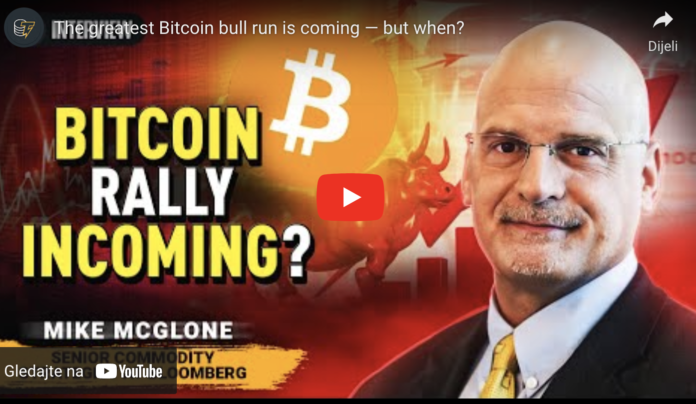 “I see it turning out to be more of an off-risk asset like bonds and gold, and then less of a risky asset like the stock market.”
According to the analyst, the cryptocurrency market has managed to shake off most of the speculative excesses that marked 2021 and is now ready for a new high. McGlone also noted that raising interest rates from the Federal Reserve would push the global economy into deflationary recession, which would eventually favor Bitcoin:

“I fully anticipate that we will face a severe recession globally, which will likely make bitcoin shine […] along with gold and long US Treasuries.”
Don’t forget to check out the full interview on our YouTube channel and don’t forget to subscribe!