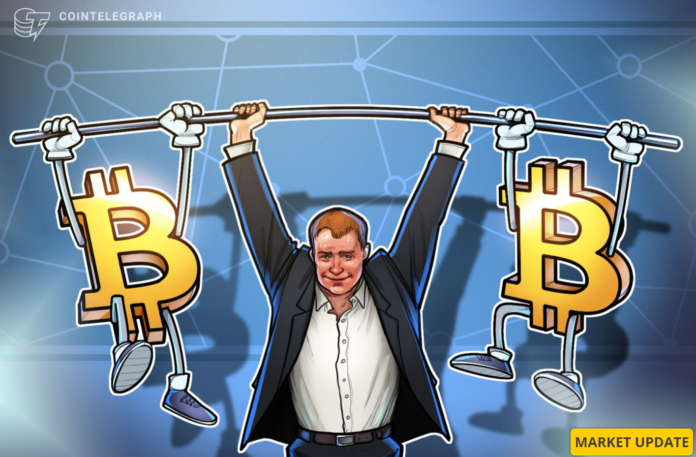 BTC/USD 1-hour candle chart (Bitstamp). Source: TradingView
Classic levels to focus on prices at the end of the week
Data from Cointelegraph Markets Pro and TradingView showed BTC/USD halting the weekend’s low of $21,900 to return to $23,000 on the day.

The pair maintained a trading range closely focused on the major long-term trend lines, which analysts previously described as necessary to restore them.

These included the 50-day and 200-week moving averages (MAs), the latter being particularly important as support during bear markets but acting as resistance since May.

Popular Twitter account CryptoMellany argued in a portion of its latest update of the day: “A bullish because we kept a perfect 13d ema + 21.9k horizontal.”

BTC/USD 1 day candle chart (Bitstamp) with 50 or 200 day moving average. Source: TradingView
Continuing, fellow trader and analyst Gibbon described the upcoming weekly close as “very important”. The accompanying chart identified $21,944 and $22,401 as lines in the sand for a “bad” or “good” closing.

Earlier in the week, Jibon warned that such a “bad” outcome could be the start of a bounce to new macro lows for Bitcoin – as low as $12,000 – which could lead to continued strength in a relief rally as high as $40,000.

If it closes at current levels, BTC/USD will close at its highest level since mid-June.

BTC/USD 1-week candle chart (Bitstamp). Source: TradingView
Ethereum and Cardano Lead Altcoins as ETH Flows Rise
On the cryptocurrency, Ether (ETH) and Cardano (ADA) were the top performers over the weekend as both rejected the lows.