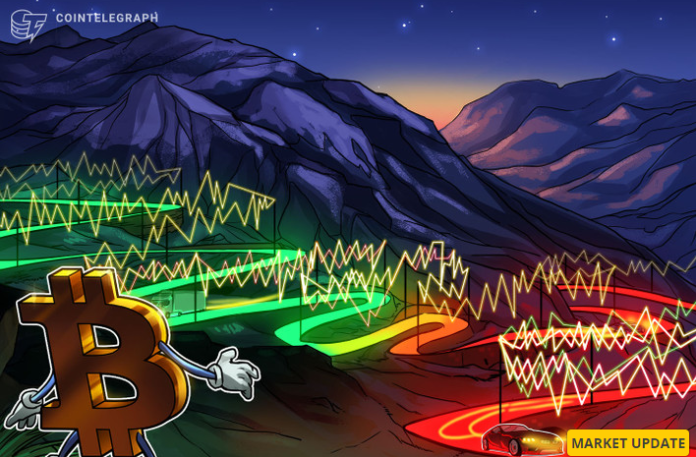 Bitcoin (BTC) was sold off on June 27 on Wall Street as US stocks plunged.

BTC/USD 1-hour candle chart (Bitstamp). Source: TradingView
$25,000 like a line of bulls in the sand
Data from Cointelegraph Markets Pro and TradingView showed that BTC/USD is following a decline in the stock markets as it started the last week of June.

At the time of writing, the pair is trading below $21,000, after hitting a three-day low after a broadly stable weekend.

Amid a general lack of bullish conviction among traders, expectations for a further decline remained in place, with Bitcoin staying below the 200-week moving average (WMA) at $22,430.

“Bitcoin says no for $21,000 support. It’s all good. We have regulated levels,” Cointelegraph contributor Michael van de Poppe wrote in a Twitter debate that day.

Another post argued that more declines will come to entice traders to open long positions. The support is at $20,325 and around $20,100, neither of which should continue, it could result in a pullback towards $19,000.

Meanwhile, Credible Crypto trader and analyst has set out requirements to make sure this month’s lows of $17,600 are not challenged. For him, that should be followed by a trip into the low $30,000 range.

“So if we’re going to see new lows, I expect that to happen before we get $25,000 back.”
Bitcoin remained on track to close its first-ever month below the 200WMA on the day, with the current bear market identified among the previous ones.

After whales made headlines to add coins around $20,000, exchanges on a larger scale have seen a significant drop in bitcoin supply in recent days.

According to data from on-chain analytics firm Glassnode, June 26 saw the largest cumulative change in BTC not held on exchanges.

The 30-day average change in supply on exchanges decreased by 153,849 BTC as funds moved elsewhere.