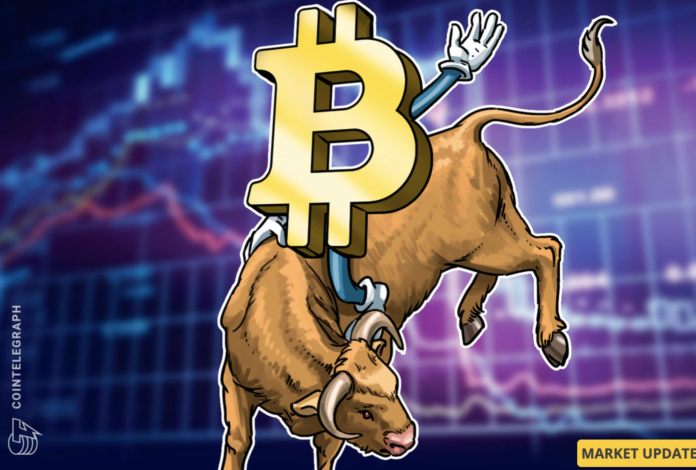 Bitcoin (BTC) volatility declined at the end of the last week of July as the monthly close approached.

The pair benefited from overall tailwinds across risky assets in the second half of the week, including the gushing end of US stocks. The S&P 500 and Nasdaq Composite are up 4.1% and 4.6% for the week, respectively.

With patchy trading potentially sparking choppy conditions in the weekly and monthly close thanks to poor liquidity, analysts warned that anything could happen between now and July 31.

Josh Rager summed up: “I’m going to sit back for a bit and watch the market until the weekly close as always”:

“It’s hard to get into any trades seriously although it could be a few outliers in the current market condition that continues to do well over the weekend.”
Others focused on the importance of the current spot price levels, which are above the major 200-week moving average (MA) at $22,800. Ending the week above this trend line would be the first for bitcoin since June.

However, famous trader Roman, who takes a conservative short-term view, called for a return to at least $23,000 thanks to “overbought” conditions.

Optimism continued to increase across the crypto markets during the week, with the Crypto Fear & Greed index reaching its highest levels since April 6 after emerging from the longest period of “extreme fear”.

At 45/100, the index was officially in “neutral” territory today.