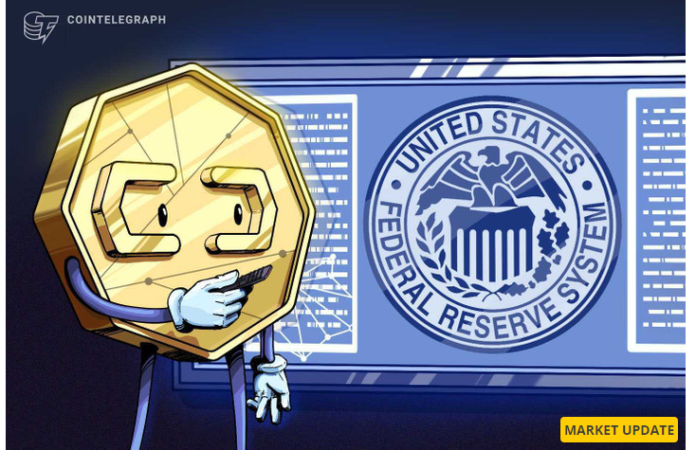 The Fed acted as expected, with comments from Chairman Jerome Powell still to come when BTC/USD wakes up.

November experienced immediate volatility as the US Federal Reserve introduced a fourth consecutive rate hike of 0.75%.

The Fed confirmed the 0.75% hike, marking its most intensive hiking plan in forty years, in a statement shared on behalf of the Federal Open Market Committee.

“The committee is trying to achieve maximum employment and inflation in the long term at a rate of 2 percent. To support these goals, the committee decided to increase the target range for the fed funds rate from 3-3/4 percent to 4 percent,” the Fed said, adding:

“The Committee anticipates that further increases in the target range will be appropriate to achieve a monetary policy stance that is restrictive enough to allow inflation to return to 2 percent over time.”
Analysts have long predicted increased volatility as a result of the rate decision. At the time of writing, Fed Chairman Jerome Powell has not yet commented on the move, something markets would look for signs of the track.

Nevertheless, the decision of the Fed was widely expected, according to the FedWatch tool of the CME Group, with Cointelegraph reporting on the theory that the script after the cryptocurrency still offers a chance to rally further.

Fed Target Rate Probabilities Chart. Source: CME Group
How long can the walks last?
However, if Powell hints at possible slower increases or a shift in policy, the situation could change dramatically.

“The market recovered ~13% from the lows and the expected 75 bps. It’s all about the presser now,” summarized the popular market analysis account CryptoISO, adding:

“We knew the Fed was telegraphing an eventual extension/pause. It’s not a pivot, but rather a reassessment as the data comes out to see how it flows. 75 bps each time won’t work.”

Bulls or bears? Both have a fair chance in Friday’s Bitcoin...