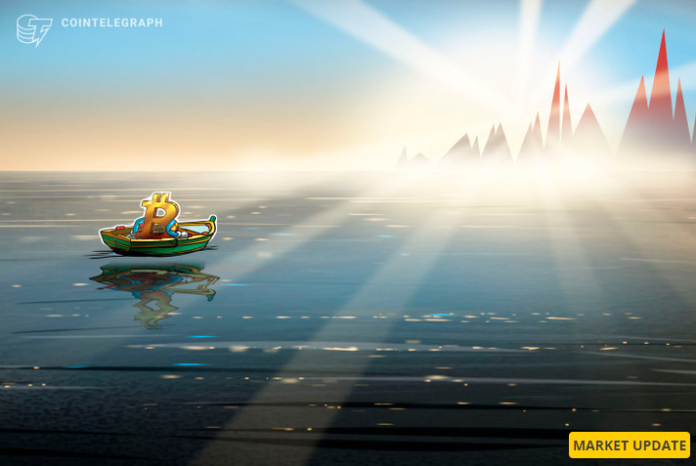 There is still a long way to go for the BTC bulls this Sunday as the 10th weekly red candle is still at stake.
Bitcoin (BTC) kept traders guessing until the end of the week on June 5 as it closely mimicked BTC price action over the past weekend.

Weekly candlestick chart BTC/USD (Bitstamp). Source: Trade View
Traders with a $300 BTC price in the green
Data from Cointelegraph Markets Pro and TradingView showed BTC/USD hovering around the May 30 open at the time of writing, just $300 higher than it was seven days ago.

Thus, in the hours leading up to the weekly candle close, the pair kept the threat of another lower close alive. With that, Bitcoin will set a new record for most consecutive red weeks.

When discussing possible outcomes, traders were divided in their opinions.

“It looks like BTC’s weekly close is likely to top $28.5k, spelling another PA range in the week ahead,” popular Twitter account Crypto Santa added in the comments.

As Cointelegraph reported, BTC/USD traded in a tight range for a week after recovering from May lows of $23,800.

Crypto Santa noted that US inflation data in the form of the Consumer Price Index (CPI) for May is due in the coming days, which could lead to volatility if inflation beats already high expectations.

“In terms of inflation trajectory, the decision has yet to be made,” Jeffrey Rosenberg, senior portfolio manager for systematic multi-strategy at asset management giant BlackRock, told Bloomberg.

“You can’t really stop the Fed from focusing on priority number one – bringing inflation down – until you really see it showing up. Until then, it will be a very difficult time.”
The CPI in April was 8.3%, already exacerbating inflation to levels not seen since the early 1980s.

Bitfinex stokes fears of ‘disaster liquidation’
While many predicted Bitcoin would eventually return to its May lows, a group of traders remained downright optimistic.

The trend accelerated significantly after falling to $23,800, raising fears that a liquidation event could add to market fragility if BTC/USD turns down.

“Either this will result in a fantastic pump…or a liquidation disaster,” reads part of a June 2 reactionary tweet from commentator Kevin Swenson.