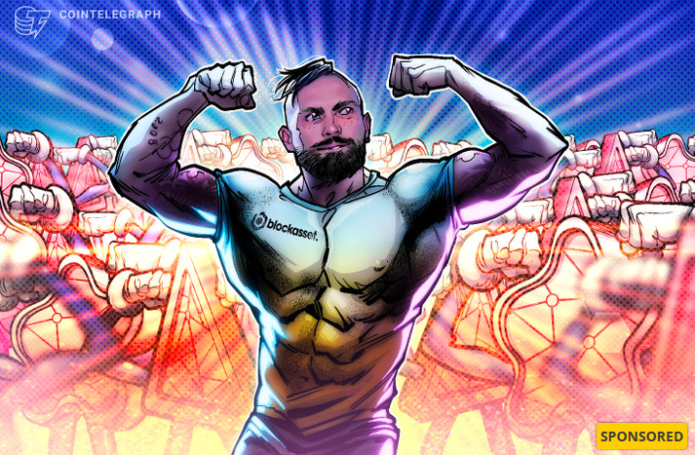 The new non-fungible token set aims to make a significant contribution to a charitable foundation that supports Ukrainians after the Russian invasion.

Blockasset says the NFT launch was organized in collaboration with world heavyweight champion Oleksandr Usyk, who is from Ukraine himself.

The sale comes ahead of USIC’s world title defense against Anthony Joshua on August 20.

When the invasion began, Usyk joined the Kyiv Regional Defense Battalion, but later obtained permission to leave the country so that he could prepare for his battle against Joshua.

The Olympic gold medalist hopes this fight will help raise money for Ukraine.

“I appreciate the opportunity to be associated with Blockasset, who I consider to be the heavyweight champions in the sports NFTs. I am a huge fan of Dosbrak’s art and have had the pleasure of collaborating on this initiative, which I am sure will raise a significant sum for our foundation.”

The cryptocurrency community has played a huge role in raising funds for Ukraine, as the country’s government has opened official wallets in an appeal for donations. Finland recently sold 1,800 BTC seized from drug-related crimes as well – giving $47 million to Kyiv.

With the conflict now entering its sixth month, there is no end in sight, as Ukraine urges people around the world not to forget what is happening there.

“We are delighted to be able to help Oleksandr raise funds for the Usyk Foundation with our latest drop. We are very confident that by bringing the blockchain communities together, we can make a significant contribution.”

The Usyk Foundation explains on its website that thousands of Ukrainians have been left homeless and unemployed, and many have lost loved ones. Its goal is to “cover the basic needs of people affected by war” – and says “every hryvnia, dollar and euro will support those who defend our land and our freedom on the front and back lines”.

Pre-sale of these non-fungible tokens began July 30, with the promise that those receiving the rarest NFT mint will also receive a number of exclusive physical items — including gloves signed by Usyk himself, and autographed Dosbrak prints.
More ideas from Blockasset here
Fast Facts About Low NFT

Enthusiasts who want to buy one of these NFTs can use the USDC stablecoin as a payment method — and in an effort to reach as many supporters as possible, Visa, Mastercard, Apple Pay and Google Pay are also available. Each artwork costs $200 or $200, with a purchase limit of four NFTs during the pre-sale period.

NFTs will be minted on the Solana network. It will later be available in secondhand markets such as Magic Eden and OpenSea. It is hoped that access to multiple blockchains will remove barriers to entry – and bring the entire industry together.

Blockasset is a platform and NFT platform that allows the world’s biggest sports stars to issue their own sports tokens – and they can be used to unlock exclusive perks.