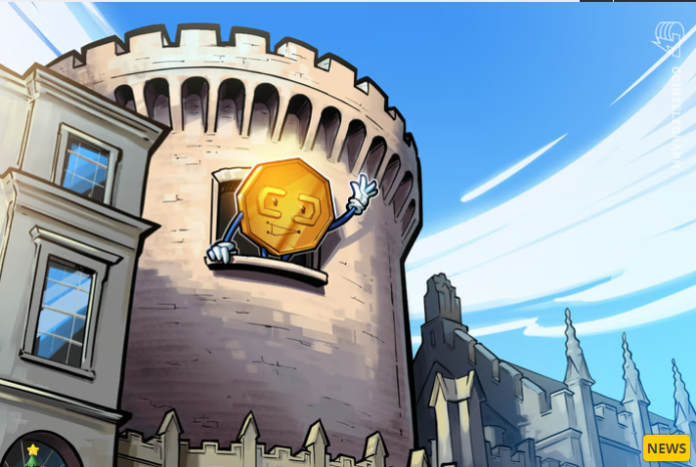 Operations in the country are run by Cormac Dinan, a former employee of Crypto.com, Deloitte and Citigroup.

According to an announcement on Dec. 21, crypto exchange Coinbase has been authorized by the Central Bank of Ireland to act as a Virtual Asset Service Provider (VASP). The company’s operations in the country are led by Cormac Dinan, a former employee of Crypto.com, Deloitte and Citigroup.

As part of the VASP registration, Coinbase Ireland will be subject to the Criminal Justice (Money Laundering and Terrorist Financing) Act 2010.

Nana Murugesan, Vice President of International and Business Development at Coinbase, commented on the approval:

“Our approval by the Irish regulator demonstrates our commitment and cooperation with the Central Bank of Ireland. Coinbase sees industry regulation as a catalyst for crypto growth, setting clear ground rules that create an environment that encourages innovation and builds trust in the industry.
The executive also stressed the importance of the European Union’s political agreement on the framework for crypto asset markets in providing one of the most important regulatory frameworks for crypto globally. According to Coinbase, further registrations or license applications are “pending in several major markets.”

In 2018, Coinbase began operations in Ireland following concerns about the impact of Brexit on its operations in EU countries. Since then, the company has engaged in various activities including market operations, compliance, cybersecurity, legal and customer experience. Coinbase received its first license in the country in 2019 when the Central Bank of Ireland granted it an e-money license guaranteeing the passport for EU and European Economic Area customers.

In addition to Ireland, Coinbase has dedicated hubs in the UK and Germany; In the latter country, Coinbase is under scrutiny due to the outsourcing of some of its core banking operations. In September, the company was registered with De Nederlandsche Bank, the central bank of the Netherlands, allowing the crypto exchange to offer its retail and institutional crypto products in the country.

Crypto trading platform Gemini was the first company in the industry to register as a VASP with the Central Bank of Ireland in July 2022.