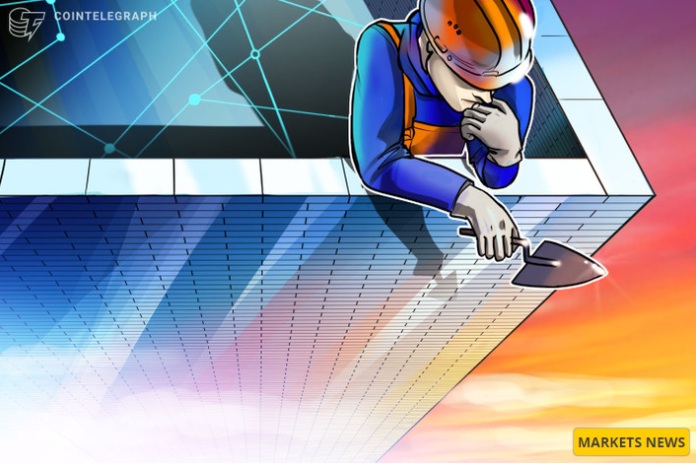 A July 9 post by @PricedinBTC about the “cost of bitcoin mining” in the US has attracted the attention of the crypto community, especially given the recent headlines made by bitcoin miners. The falling cryptocurrency market and rising energy costs have created a perfect storm for the mining sector, causing some companies to lay off employees and others to postpone all capital expenditures. Some have gone so far as to raise fears that bitcoin miners are entering a “death spiral”.

However, Raymond Nasser, CEO of Arthur Mining, a professional mining company operating in the United States, told Cointelegraph that its profit margins do not fully match the data from PricedinBTC.

Arthur Mining’s current capacity is 25 megawatts and the company focuses on environmentally friendly energy sources. To start with, one could discount their numbers because listed companies like Marathon Digital Holdings have 300MW plants, but they rely on traditional grid power – even if part of the power originates from hydroelectric plants.

“These charts are very subjective. The biggest new projects in the industry are looking for off-grid solutions, and this chart represents some of the most expensive on-grid energy costs used in urban areas. Our total energy costs are less than US$0.02 per watt-hour in two different states of United State “.
Electricity costs doubled last year
Data from QuickElectricity shows that as of March 2022, commercial electricity costs per kilowatt-hour (kWh) ranged from $0.08 to $0.09 in Idaho, Utah, Virginia, Texas, Nevada, North Dakota, Nebraska and Oklahoma.

One of the strengths of the Bitcoin network is that it prioritizes efficiency, which means that the labor-intensive production process will always strive to have the lowest operating costs and shift towards it. ASIC mining equipment is mobile, but more importantly, there is optional for other power sources. For example, these machines can be installed in containers, shipped to offshore oil and gas structures, and work with oscillating energy sources.

So far, Upstream Data, a Canadian-based Bitcoin mining data center manufacturer, has been building portable Bitcoin mining equipment and natural gas infrastructure without the need for any pipelines or midstream facilities. After more than 180 of these data centers were deployed, it became clear that this activity was becoming prevalent.

Earlier this year, CNBC explored how renewable energy can be used in the bitcoin mining process and so far, Giga Energy Solutions, a natural gas bitcoin mining company, has signed deals with more than 20 oil and gas companies, four of which are publicly traded.

Rising Interest Rates and Bitcoin Crash Hurting Bitcoin Miners
Regardless of the energy source, miners were struggling with their balance sheets. Besides the impact of lower bitcoin prices, funding has been a major obstacle across the industry. Cointelegraph’s July 7 report examined how industrial-sized bitcoin miners owe about $4 billion in loans, and some have had to liquidate their bitcoin holdings to cover capital and operating costs.

But not every mining company has access to traditional long-term bank financing. Thus, those companies created a riskier debt structure by offering miners and infrastructure as collateral. With the price of Bitcoin dropping, so did the price of mining equipment, which in turn worsened funding conditions when they needed it most.

“For s17s [ASIC miners], at $0.07 per kilowatt, BTC should be around $18,000… you will see a lot of capitulation, bankruptcy and redundant machines… It’s more about survival of the fittest.”

“We have always mitigated our vulnerability by immediately reinvesting or liquidating our Bitcoin balances on a weekly basis. We understand that with 70%+ ebitdas and high efficiency in most cases, excessive greed by holding Bitcoin reserves can break your operations and cost you it.” Jobs, as we saw last month.”
There is a problem in the mining industry, but its impact is limited
The industry clearly has a problem, but this could simply be a reflection of her childhood. However, the impact of miners selling more bitcoin than they mined in the past two months may create additional pressure on the bitcoin price.

This never-ending cycle reinforces the “death spiral” theory, but this oversimplification fails to consider that miners simply lock down their hardware below a certain price limit and this guy