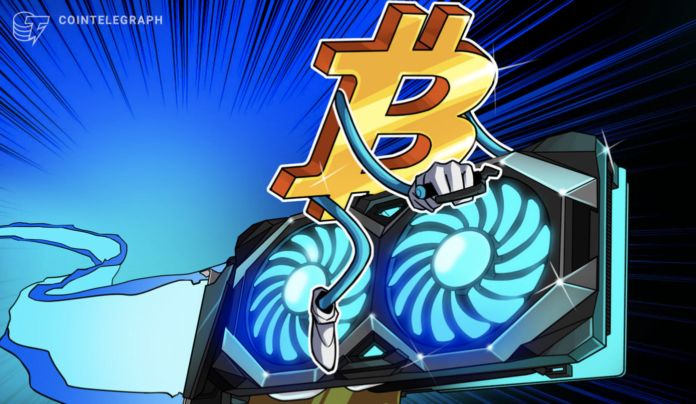 Speaking to Cointelegraph, the CEO of the crypto-mining company noted that companies that managed their balance sheets effectively have been in “good shape” during this bear market, and will continue to do well even if there is more volatility ahead.

“The bear market has posed challenges for miners who have benefited from the top of the market, however, this sector has existed before and well-capitalized and efficient miners will be fine,” he said.

Long suggested that the current downtrend will provide key opportunities for mergers and acquisitions for such companies, as they will prove to investors that they can withstand tough market conditions:

“Down markets actually present excellent opportunities, so we expect to see M&A and consolidation activity in the mining sector that includes both public and private players – to achieve economies of scale and combine complementary operations.”
“We will also see network growth pick up again, not to the level expected at the end of the year, but potentially at least 20% higher by the end of the year,” he added.

Long also noted that the Texas mining sector has done well despite the ongoing heat wave, noting the sector’s effective coordination with the Electricity Reliability Council of Texas (ERCOT) to overcome power supply issues over the past two months:

“There is a lot of activity in Texas and the mining sector is doing well. Networked miners are working with ERCOT to provide a response to demand during challenging weather, and we are seeing continued growth going forward across the state.”
White Rock is a Swiss-based cryptocurrency mining company that claims to have approximately 24 megawatts of installed plant capacity.

In June, it announced plans to expand its operations to the United States, starting in Texas. As part of the move, White Rock has partnered with Natural Gas Onsite Neutralization (NGON) to operate out of its facility that uses “environmentally responsible” methods of bitcoin (BTC) mining.

heat waves
As previously reported on July 11, miners such as Riot Blockchain and Core Scientific reduced parts of their mining operations in Texas in June to reduce stress on the power grid after temperatures rose more than 100 degrees.

Both were proactive in relieving pressure on Texas’ energy supplies, but there was another factor that contributed to higher energy prices amid the heat wave.

Related: Will the Bitcoin Mining Industry Collapse? Analysts explain why the crisis is a real opportunity

As a result of the move, companies suffered from lower mining productivity. However, with the price of BTC up 14.7% over the past month and temperatures expected to drop a bit to around 90 degrees Fahrenheit, there is a feeling that miners will restart their machines because the profitability of BTC mining will be so. Too good to ignore.

Jaran Melero, crypto-mining analyst at Arcane Crypto research firm, noted that “the increase in the price of bitcoin has increased profitability for miners, and it is possible that some of the miners who were taken offline in June and July have connected their devices again.” . Interview with Bloomberg on Friday.