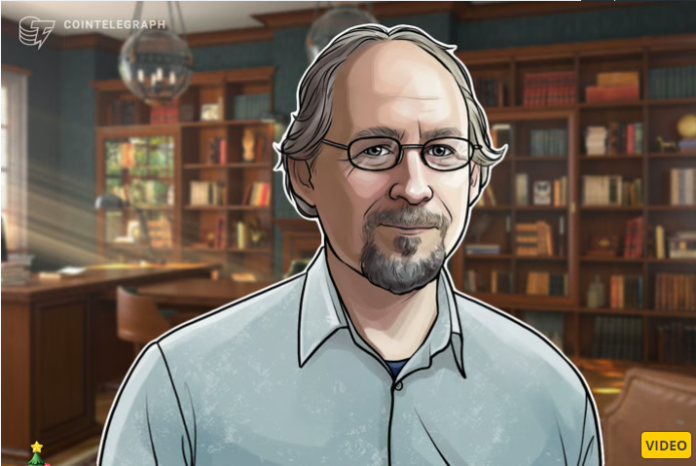 A cartoon version of Dr. Adam Back shares stories of hacking encrypted doors in college and creating hash cash in the latest Cointelegraph Crypto Stories.

It’s been a life of hacks for Dr. Adam Back, CEO and co-founder of Blockstream. As one of the few people cited in the Bitcoin whitepaper, the highlights of Back’s lifehack are highlighted in the Cointelegraph video team’s latest animated crypto story.

During a game of Jenga at a park, Back told Cointelegraph that he’s always had “a kind of security mindset.” He’s been tinkering with door codes, pinpads and locks since he was a student, testing the code and gaining access to places he “shouldn’t have access to”.

Back talks about the creation of Hash Cash, one of the first attempts at digital currency. Using the “Anniversary Collision” as an allegory for hash functions, he demonstrates his ability to break down complex functions into understandable language:

“When you have a room full of people at a party or something like that, how many people have to be in the room before there’s a 50/50 chance that two people have the same birthday.”
He explains that while people would expect the result to be related to the number 365 because of the number of days in a year, the reality is much less. This mindset, combined with an understanding of spam, led Back to Code Hash Cash.

Bitcoin rests on Hash Cash’s shoulders, but Bitcoin came into its own because of the high level of decentralization that is critical to the cryptocurrency’s success. Back adds that Bitcoin is also “understandable on many different levels, right?”

“You can understand it on a user level or on an economic level. It’s surprisingly complex to fully understand all of this, including game theory and things like that.
The cartoon interview ends with a reference to Blockstream’s decision to teleport Bitcoin into space and a claim that there will be “More Bitcoin” from one of the Bitcoin economy’s OGs.