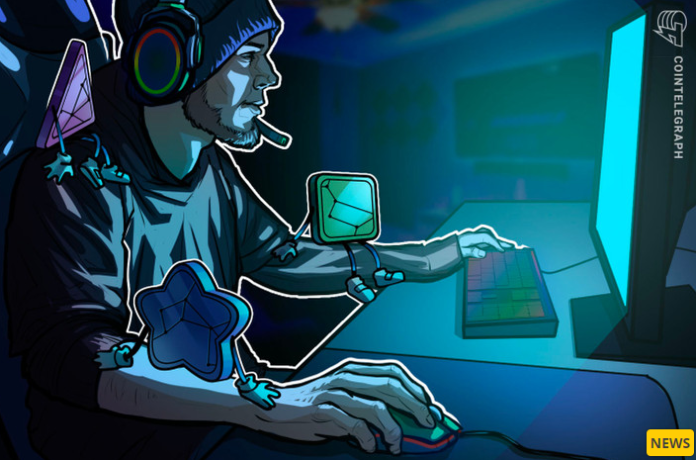 Cryptocurrency research firm Delphi Digital has identified possible ways in which players can accept non-fungible tokens (NFTs) as part of the gameplay experience, such as using technology for additional aspects that do not affect the core experience.

The lengthy report was published by Delphi Digital on Wednesday and explores how NFTs can be integrated into games without affecting the core gaming experience or the “real competitive gameplay” that players tend to appreciate.

The report argues that if monetization and NFT elements can be properly combined, players may not be so opposed to the idea:

“If not tamed, money will always go towards the dominant motive. As such, the first port of call is to separate market games from the core game loop itself.”
Delphi Digital explained that the way to do this could be for the game to provide a basic free-to-play experience for anyone to enjoy while using NFTs to get optional experiences such as tournament tickets, new character skins, side games, and competition rewards.

The company explained that this will allow those who use the game for monetization purposes to thrive, while those who are there to enjoy can play without being forced to buy NFTs, or struggle to compete with the big spenders within gaming markets.

“No one is fooled into playing the other’s game,” the report noted.

The report also went on to say that “the more people are interested in the game,” the more likely they are to spend money on it, suggesting that the basic gaming experience should be meaningful enough to make hesitant gamers consider purchasing an NFT game:

“Theoretically, the more people are interested in a game, the more they spend directly on metagames. By maximizing meaning generation and competition in the core game, we can maximize revenue by generating peripheral income around it.”
player hates
The report addresses the dislike of crypto games from the traditional gaming community by noting that there is a “validity for many of the criticisms” that have surfaced.

In particular, Delphi Digital highlighted that much of the hostility toward cryptocurrencies appears to stem from negative monetization effects on traditional games, such as developers intentionally restricting functionality to get users to spend more money to get the full experience:

“Parts of the traditional game industry have veered toward aggressive monetization practices that sometimes are detrimental to the player experience.”
“As such, when players see the need to purchase NFTs to play early crypto games, or when major publishers announce plans to build into the sector, they assume it is another attempt to make money and walk away from it,” the report added.

Delphi emphasized that this “doesn’t mean that all monetization is bad,” but that coding or not, should be done in ways that don’t negatively affect the game.

Commenting on the current state of crypto games, the report also notes that the sector has so far seen the monetary components of the game’s trend towards the “dominant incentive” of users. As a result, she argues, the quality of actual games has been compromised while whales have been able to dominate most games for speculative purposes:

“The gameplay for these early titles struggled on two fronts: 1) the primary motivation for the greater part of the player base is the expectation of reward money rather than play and 2) the core competitive circuit underwent pay-to-win mechanics like whales can slay their way to success.”