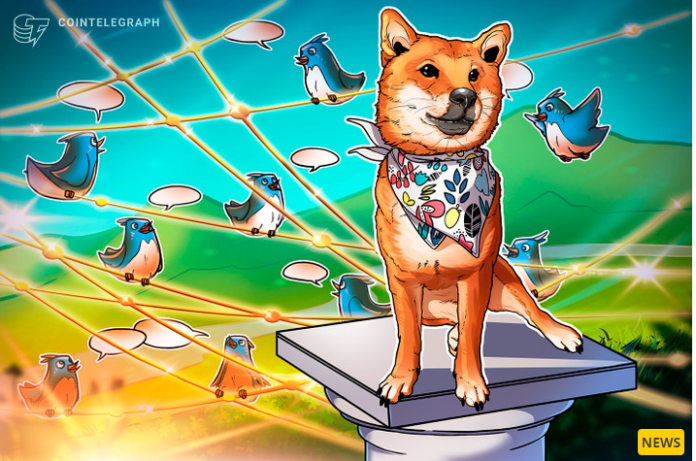 A year-long tweet sentiment analysis showed that Ether is the least popular Twitter cryptocurrency of the five surveyed, while Dogecoin received the most love.

Ether (ETH) took first place on Twitter as the most hated of the five cryptocurrencies surveyed, while meme token Dogecoin (DOGE) is the most popular.

The findings come from a new report by TRG Datacenters, which analyzed tweets from January 2021 to January 2022 on the top five cryptocurrencies to find out which digital assets generated the most buzz on Twitter.

According to an analysis looking at Bitcoin (BTC), Cardano (ADA), Dogecoin, Ether and Litecoin (LTC), Ether was the most negatively associated with 29% of all negative sentiment tweets. The decision not to include Ripple, which has passionate fans but also very passionate critics, likely makes the study less complete than it should be.

Most of the criticisms of Ethereum have centered around its speed compared to other Tier 1 alternatives, as well as the cost of electricity. The peak of Crypto Twitter’s Ethereum negativity came when a bug caused Ethereum to briefly split into two chains in late August 2021.

Bitcoin was the second most hated on Twitter with an overall negative rate of 27%. Cardano came third with a negative association of 16%. Litecoin, meanwhile, ranked fourth with only 8% of all tweets having a negative angle.

The report collected data such that tweets with negative sentiment were analyzed based on the inclusion of the following phrases and the name of each cryptocurrency; “hate”, “this is a scam”, “disappointed”, “frustrated”, “dive”, “bad”, “lose money by”, “lost to”.

Dogecoin has been a crowd favorite on the social media platform, with just 6% of all tweets about the popular memcoin containing some form of unfavorable sentiment. This means that 94% of all tweets related to DOGE contain a positive bias, demonstrating the strength and cohesion of the token community on Crypto Twitter.

Chris Hinkle, CTO of TRG Datacenters, pointed out the different types of influence Twitter has on the price of crypto assets:

“Memes shares in particular were managed by private investors. In the case of major currencies like bitcoin, tweets do indeed lag price action, implying a degree of institutional austerity.”
“[This] means that small-cap stocks and coins in general are experiencing a very real phenomenon of price swings led by retail investors,” Hinkle added.

Hinkle went on to state that Musk’s recent acquisition of Twitter could result in a more retail-centric cryptocurrency market, arguing that Musk’s newfound influence could “perhaps pave the way for less algorithmic manipulation and usher in a new era of retail investing.” “. ”