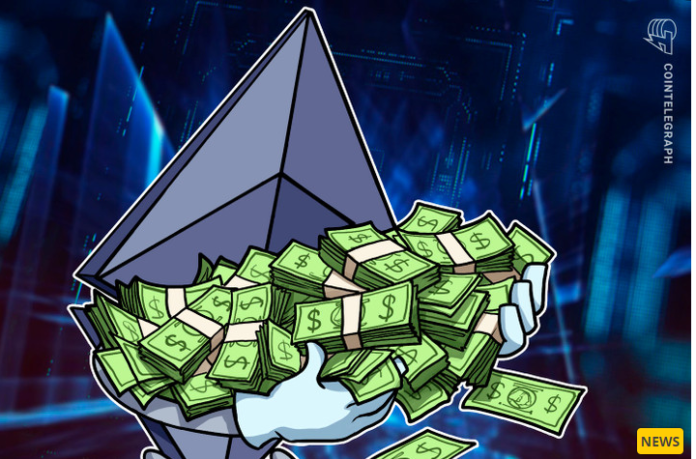 The fund, which oversees and funds the development of the Ethereum network, has disclosed its total assets, including a significant fifth of non-cryptocurrency assets.

The Ethereum Foundation (EF) has released a report detailing how its $1.6 billion treasury is made up primarily of ether (ETH) but with an astounding 18.8% of non-crypto assets.

Overall, the non-profit organization EF, which manages the Ethereum mining facilities, owns approximately 0.3% of the current total ETH supply, which is approximately $1.3 billion, as can be verified on Etherscan. However, his non-crypto assets make up a significant portion of $302 million.

The April 2022 report is the first report from the Foundation that describes what it has in the treasury and how it allocates spending, including grant funding to various Ethereum-based projects. Overall, EF appears to have a very solid financial footing, spending just $48 million in 2021.

Ethereum Foundation Treasury as of April 2022.
The report states that he increased his non-crypto holdings to $302 million from a previously undisclosed amount. This amount is intended to provide a “greater margin of safety” in an attempt to protect it from a downturn in the cryptocurrency market.

The foundation spent $21.8 million on Tier 1 (L1) research and development, the largest share of its spending last year. This amount does not include the Customer Incentive Program (CIP), which is an ongoing program where nine specific node operators are rewarded with 39,168 ETH, or $132 million at the time of writing, on a fixed schedule.

The EF financial report comes out just a few months before the planned merger, when the main Ethereum network moves to the Proof-of-Stake (PoS) consensus algorithm. This is expected to significantly reduce the grid’s energy consumption and carbon footprint.