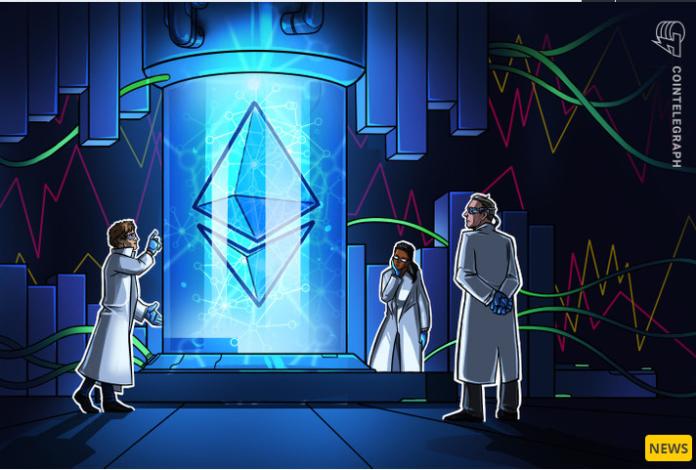 Matter Labs Chief Product Officer Steve Newcomb emphasized to Cointelegraph that the release of its L3 prototype significantly improves the performance of its L2 solution.

A new Layer 3 prototype aimed at further solving the scalability of Ethereum will be deployed for testing as soon as Q1 2023.

zkSync, a zero-knowledge blockchain solution provider, announced on October 10 that it aims to deploy a new EVM-compliant Layer 3 prototype called “Pathfinder” on the testnet early next year.

zkSync is an Ethereum L2 scaling protocol designed to reduce network usage costs. It released a version 1.0 in June 2020 and is now preparing for the release of zkSync 2.0 later this month.

In their latest blog post, the team explained that the L3 Pathfinder will be a “prototype that demonstrates a ZK abstract as a fractal hyperstring at Layer 3.” It will use recursive scaling.

“It will serve as a foundation for Layer 3 public experimentation, research and development,” the post said.

They stated that while Layer 2 will see a 10X-100X performance increase, “at Layer 3, performance is unlimited.”

The zkSync team stated that their goal is to build a “L3 ecosystem of customizable, trustless linked blockchains powered by zkEVM, which we refer to as ‘HyperChains’.”

The team says its L3 prototype offers a number of opportunities to significantly improve various areas of blockchain performance, such as scaling, customization and security.

Speaking to Cointelegraph, Steve Newcomb, chief product officer at Matter Labs, the engineering team behind zkSync, said the team is looking at serious scalability with its L3 solution:

“[Our] L2 solution will be 10x to 100x max in L2, but it’s L3 where we have like a 10x moment cluster where we make it faster, cheaper and more usable.”
“That’s where you’re going to have the game [L3] and you know, the reason people should see us differently than Polygon is really about if they get this L2 solution, which is much less effective than ours.” . “, he added.

Newcomb noted that after the launch of the zkSyncs L2 mainnet later this month, there will be a testing period of about a month before the release of decentralized applications (DApps). The team expects that there will be around 150 projects ready for launch.

Regarding the addition of the L3 solution to the L2, zkSync noted that the team is looking to “aggressively experiment” to determine its perceived performance improvement potential.

The five key areas the project looks at are performance, cost, ease of use and composition.