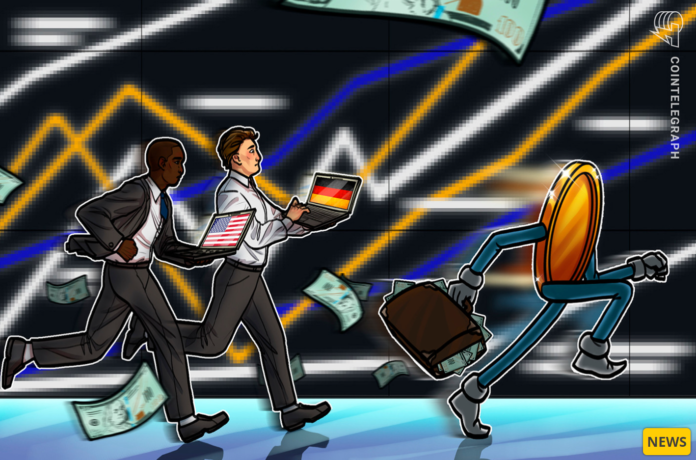 Germany and the United States shared the spoils in the latest quarterly global cryptocurrency rankings released by analytics firm Coincub.

The two countries now share the top rankings, with Germany giving way to a bullish United States, having topped the Q1 2022 rankings. Their dominance is due to progressive regulatory environments and major bitcoin (BTC) investments by major institutions.

Germany’s move to allow its savings industry to tap into crypto investments and take advantage of a zero-tax policy on bitcoin and ether (ETH) capital gains held for more than a year was a major reason for its rise to the top of the rankings earlier. general.

The United States rose from third place to share the top spot, propelled by President Joe Biden’s Executive Order to Ensure the Responsible Development of Digital Assets in March 2022. The directive aims to ensure the responsible development of space, provide consumer protection and financial stability, and combat illicit activity.

Coincub also cited global investment firm Fidelity’s decision to include Bitcoin exposure as part of its select US pension funds in April 2022 as a pivotal role in the country’s rise in cryptocurrency rankings. Parallels have been drawn with German financial services firm Sparkasse’s move to enable its 50 million users to buy Bitcoin directly from their bank accounts.

Switzerland ranks third in the global cryptocurrency rankings, driven by the latest developments in the country, which have made the canton of Lugano recognize bitcoin as legal tender. This allowed citizens in the area to use BTC to make everyday payments, including taxes, accounts, and municipal services.

Over 1,000 blockchain and virtual asset service providers (VASPs) call Switzerland their home, and the country ranks high in the number of Bitcoin nodes and ATMs. VASPs must be authorized by the Swiss Financial Market Supervisory Authority (FINMA) and comply with Anti-Money Laundering (AML) and Know Your Customer (KYC) policies.

Singapore ranks fourth after the second quarter in 2022, having slipped off its top spot at the end of 2021 due to recent regulatory tightening by the country’s financial regulator and central bank.

Australia concludes the top five in Coincub’s cryptocurrency rankings, with the company highlighting a large number of initial coin offerings, exchanges and transaction volume as well as a number of universities offering educational courses on blockchain and crypto.

Coincub’s rankings combine quantitative data including trading or mining volumes with qualitative elements such as government legislation and institutional attitude toward cryptocurrencies. Their reports look to provide a unified view of the country’s position by integrating qualitative information and quantitative data.

Global recession may last until near 2024 Bitcoin halving — Elon...