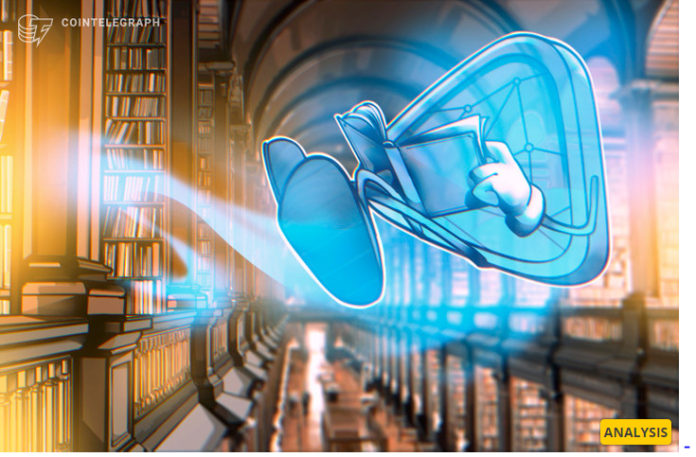 The blockchain is permissionless and literally belongs to no one. So while we cannot save the Alexandrian libraries of the past, we can guarantee that the future will be well-equipped with the tools needed to preserve historical records.

Here we look at some use cases for non-fungible tokens (NFTs) and blockchain technology for archiving, the potential downsides of such technology, and the future of blockchain-based storage systems.

NFTs and archives
While many of the current NFT-related use cases are related to digital art, there is another side to non-fungible tokens that has just begun to be explored.

Archiving can be costly and time consuming, but NFTs can serve as a form of fundraising to support the development of archives.

In addition, the technology itself can be used as a means of storing information.

Archangel, a test project for a “trusted archive of digital public records” at the University of Surrey, has done just that. From 2017 to 2019, the university was able to create a test blockchain archive storage system that used distributed ledger technology (DLT) and NFT, and which moved “from an emphasis on institutional trust to an emphasis on technological trust.”

Cointelegraph reached out to Foteini Valeonti, Research Fellow at University College London and founder of USEUM Collectibles — an organization that advises museums, politicians and cultural organizations on NFTs — to talk about the role of blockchain and NFTs in archives.

Valeonti said blockchain technology could help museums “take advantage of their inherent ability to create and consolidate metadata. So that, finally, each museum exhibit has only one unique identifier in different institutions, projects and all kinds of information systems.” It could be a way to keep track of which museum owns what and who last had it.

Last year, the Hobby Lobby empire family was discovered to have hidden 17,000 ancient Iraqi artifacts looted during the war. This security breach of ancient artifacts shows that in times of war and instability, the right (or wrong) person can come in and steal valuable pieces of cultural identity.

“Storing unique data for the sake of provenance can help solve many of the informatics challenges currently facing the cultural heritage sector.”
Preservation of military records
Digital media is vulnerable to propaganda that seeks to shift the blame and claims that certain events either happened or did not happen, and people fall into a rabbit hole of constant disinformation in an attempt by propagandists to devalue the experience of those who live in war. broken regions. .

In the case of the current conflict in Ukraine, there has been a huge shift in how cryptocurrencies and blockchain can be used to preserve Ukrainian culture and record people’s military experiences.

The Museum of Metahistory is one of the decentralized projects that keeps a real-time record of the events of the ongoing war. First, they sell NFTs to raise money for the military by representing Ukrainian artists around the world. The money is then used not only to fund data collection, but also to support Ukrainian forces. So far, the Meta History Museum has raised 270.37 Ether (ETH), or $611,953 at the time of writing.

The Metahistory Museum collects tweets about military events, such as shelling and explosions, from Ukrainian government officials and international agencies such as the North Atlantic Treaty Organization or BBC News as “a place to keep the memory of the war.” Supporting the efforts of the Meta History Museum, Deputy Prime Minister of Ukraine Mikhail Fedorov tweeted: “While Russia uses tanks to destroy Ukraine, we rely on revolutionary blockchain technology.”

The work of the Ukrainian artist Alisa Gots. Source: Meta History Museum.
Disaster Prevention
In wartime, it is important to have systems in place to protect those who are in danger. One such system is the Hala Sentry system, designed to record immutable data in Ethereum about air strike warnings, bomb threats, and events that could lead to an explosion.