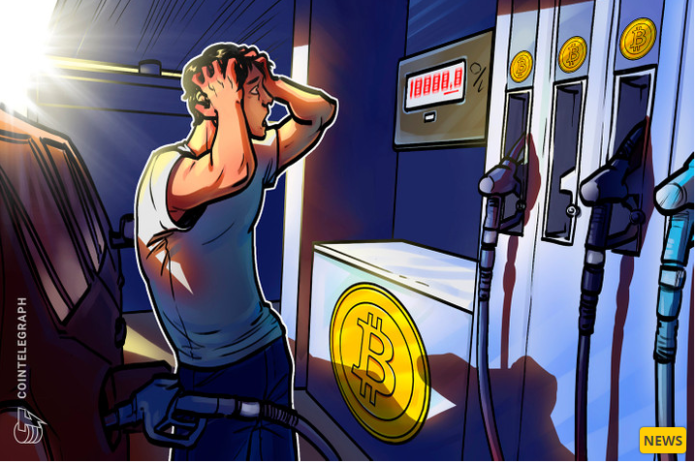 What would have inspired a Bitcoin user to pay more than 1,000 times the asking price to move around $63,000 worth of Bitcoin?

The user spent more than $200 to make a transaction, paying an astronomically higher than average fee.

Twitter user Bitcoin QnA first saw the extraordinary transaction and asked, “So what?” The Bitcoin educator told Cointelegraph that “Ultimately, we’ll never know [why they paid high], but there are several possible answers.” QnA listed the following:

“1. Using a wallet with terrible fee estimates 2. A user makes a typo when manually entering their fee rate 3. An exchange processing an urgent withdrawal. They often overpay, but usually never that much!” ”
Finally, QnA told Cointelegraph that it could be that the user hasn’t done their homework, and the error could be explained by “a user not understanding how miner fees work (unlikely with the amounts seen in the tx at question)”.

Visual of block 760,077. Source: Memopool.space
Transaction fees on the Bitcoin base chain range from pennies to hundreds of dollars, depending on the storage levels in Bitcoin’s memory pool, or “mem pool,” as well as the size of transactions. Transaction fees are in satoshis per unit of data, sats/vByte for short.

The Sat/vByte rate is multiplied by the transaction size to get the total cost you pay. In general, the more money (or data) that is sent, the higher the transaction fee, although there are other factors at play.

If a user is in a hurry, they can choose to pay a higher sats/vByte fee to almost guarantee that miners will include their transaction in the next confirmed block. The cost of this luxury is a higher rate. The lowest rate is 1 sats/vByte; The highest rates are generally considered to be greater than 7 sats/vByte. For this fat-fingered bitcoiner in question, they paid a whopping 8,042 sats/byte, or 1,136,000 sats.

Due to the pseudonym on the Bitcoin blockchain, it is unclear why the user paid such a high transaction fee. It is also unclear why they repeated the same action four blocks later. As a final suggestion, QnA joked that he could be “a rich bitcoiner doing it to flex (unlikely)”.