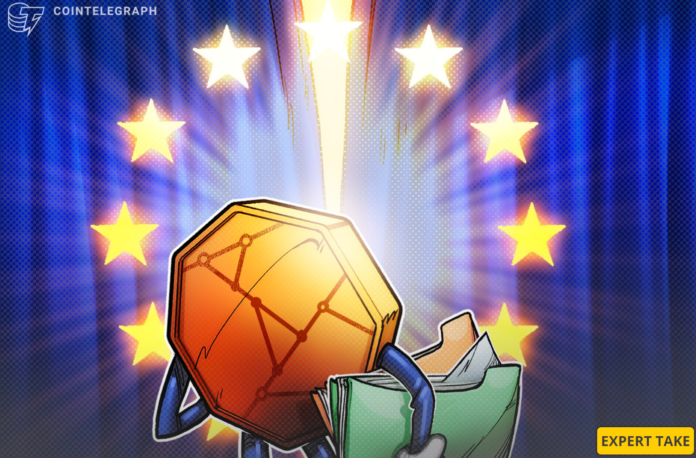 On the last day of June, the European Union reached an agreement on how to regulate the crypto-asset industry, giving the green light to the markets in crypto-assets (MiCA), the main legislative proposal of the European Union to oversee the industry in its 27 member states. A day earlier, on June 29, lawmakers in European Parliament member states had already passed the Fund Transfer Regulation (ToFR), which imposes compliance standards on crypto assets to eliminate money laundering risks in the sector.

Given this scenario, today we are going to explore these two pieces of legislation that, given their broad scope, could serve as a benchmark for other FATF members outside the 27 countries of the European Union. Since it’s always good to understand not only the results but also the events that led us to the present moment, let’s go back a few years.

The relationship between the FATF and newly enacted EU legislation
The Financial Action Task Force is a global intergovernmental organization. Its members include most major nation states and the European Union. The FATF is not a democratically elected body. It is made up of representatives appointed by the state. These representatives develop recommendations (guidelines) on how countries should formulate anti-money laundering and other financial control policies. Although these so-called recommendations are non-binding, if a member country refuses to implement them, there could be serious diplomatic and financial consequences.

Along these lines, the FATF released its first guidelines on crypto assets in a document published in 2015, the same year countries like Brazil began discussing the first bills for cryptocurrency. This first document from 2015, reflecting the current policies of the US regulator, the Financial Crimes Enforcement Network, was re-evaluated in 2019, and on October 28, 2021, a new document entitled “Updated Guidelines for a Risk-Based Approach to Virtual Assets and VASPs” Containing the FATF’s current guidelines on virtual assets.

This is one of the reasons why the European Union, the United States and other FATF members are working hard to regulate the crypto market, in addition to the already known reasons such as consumer protection, etc.

If we look, for example, at 29 out of the 98 jurisdictions whose parliaments have already enacted legislation on the “travel rule,” all of them have followed the recommendations of the Financial Action Task Force (FATF) to ensure that service providers that include crypto assets verify and report the identity of their customers to monetary authorities .

European Digital Financial Package
MiCA is one of the legislative proposals developed under the Digital Finance Package launched by the European Commission in 2020. This digital financing package aims to facilitate the competitiveness and innovation of the financial sector in the European Union, Europe as one of global standards and to provide consumer protection for digital finance and modern payments.

In this context, two legislative proposals – the DLT Pilot System and the Market Proposal in Crypto-Assets – were the first concrete actions taken under the European Digital Finance Package. In September 2020, the European Commission adopted the proposals, as well as the Regulation for the Transfer of Funds.

Such legislative initiatives were created in line with the Capital Markets Consortium, a 2014 initiative aimed at creating a single capital market across the European Union in an effort to reduce barriers to macroeconomic benefits. It should be noted that each proposal is just a bill that, in order to enter into force, needs to be considered by the 27 member states of the European Parliament and the Council of the European Union.

For this reason, on June 29 and June 30, two “interim” agreements on ToFR and MiCA, respectively, were signed by the political negotiating teams of the European Parliament and the Council of the European Union. Such agreements are still temporary, as they need to be passed through the European Union’s Committee on Economic and Monetary Affairs, followed by a public vote, before they can take effect.

So, let’s take a look at the main provisions agreed by the political negotiating teams of the European Parliament and the European Council on the Cryptocurrency Market (cryptocurrencies and asset-backed tokens such as stablecoins).

The main “approved” topics in the money transfer regulation
On June 29, the political negotiating teams of the European Parliament and the Council of the European Union agreed on the provisions of the Conditions for Application (ToFR) on the European continent, also known as the “Travel Rules”. These rules outline the specific requirements for crypto-asset transfers that must be observed between providers such as exchanges, non-hosted wallets (such as Ledger and Trezor) and self-hosted wallets (such as MetaMask), filling a previously large gap

3 red flags that signal a crypto project may be misleading...