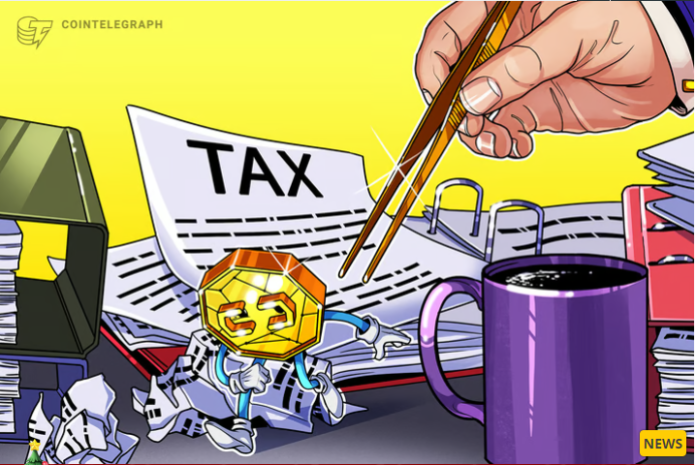 The new chairman of the US House of Representatives’ Financial Services Committee, Patrick McHenry, wants the Treasury Department to delay implementation of a section of the Infrastructure Investment and Jobs Act that deals with digital assets and tax collection.

McHenry sent a letter to US Treasury Secretary Janet Yellen on December 14 with questions and concerns about the scope of Section 80603 of the Act. In the letter, he asked for clarification on the “poorly worded” and potentially privacy-invasive section dealing with taxation of digital assets, which is expected to come into force next year.

He said the article requires the government to treat digital assets for tax purposes as the equivalent of cash, which could “compromise” Americans’ privacy and stifle innovation.

The section titled “Reporting Information for Brokers and Digital Assets” requires brokers to report certain information related to the handling of digital assets to the Internal Revenue Service (IRS).

McHenry argues that the section was poorly worded and that the term “broker” could be “misconstrued” as referring to a wider range of people and businesses than expected.

The law includes a provision that requires any person or entity conducting a trade or business to report to the IRS any digital asset transactions over $10,000.

The requirement was challenged earlier this year by Coin Center, a nonprofit advocacy group focused on blockchain technology, which filed a lawsuit against the Treasury Department, arguing that the rule will impose a “surveillance” regime. Mass” to American citizens.

According to Fordham International Law Journal, the section will likely impose reporting requirements on large cryptocurrency exchanges that already have user information, including customer names, addresses, and social security numbers.

McHenry acknowledged that it was a positive step forward that the Treasury Department stated that “ancillary parties” should not be subject to the same reporting requirements as brokers.

In February, US Senator Rob Portman tweeted a letter from US Assistant Secretary for Legislative Affairs Jonathan Davies clarifying that parties such as crypto miners and stakers are not subject to the new legislation.

McHenry’s letter ended with a request for the Treasury Department to publish the rules under the “Immediate” section and to postpone the effective date to give market participants time to comply with any new requirements.

This is the second letter McHenry is sending to Yellen this year, after sending her a letter on January 26 asking the Treasury Secretary to clarify the definition of a broker.

FTX warns it will claw back political donations and contributions