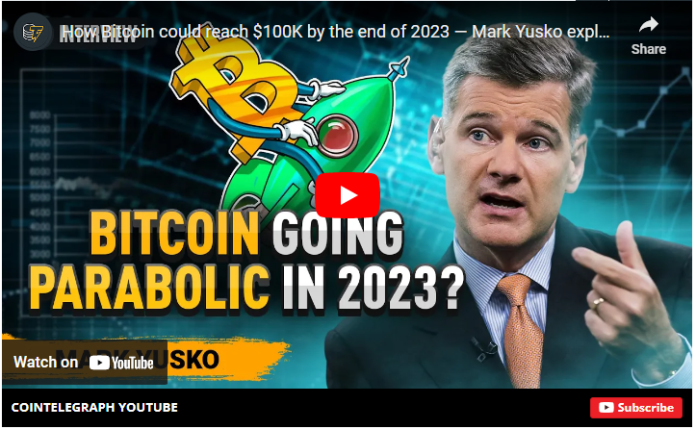 The halving will be the main catalyst that will trigger a new crypto rally as soon as the second quarter of 2023, according to hedge fund manager Mark Yusko.

The halving mechanism, which cuts Bitcoin’s block rewards in half every four years, has historically been a major catalyst for crypto rallies. The next halving should happen in early 2024.

“Typically, the market will predict that in about nine months,” Yusko said in a recent interview with Cointelegraph.

“If block rewards are halved to 3.125 from 6.25, then the price will have to double for miners to continue making money,” he said.

Yusko believes that the rebound will come despite an unfavorable macroeconomic outlook dominated by high interest rates and weak growth.

This is because, according to Yusko, digital assets will ultimately prove to be uncorrelated with stock markets.