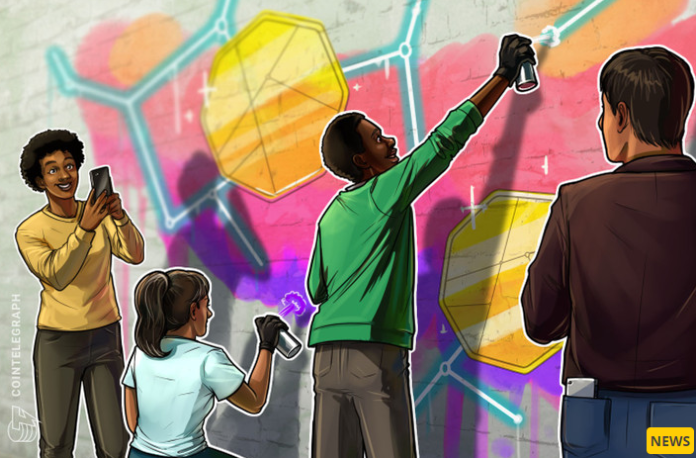 Following the conclusion of the 4th Annual NFT.NYC Conference, attendees took the opportunity to reflect on a week of artistic inspiration, community outreach, and developer innovation from within the Non-Foldable Token (NFT) space.

Sequel to last year’s popular debut, the June 19 digital diaspora event served as a dedicated exhibition, panel discussion and fundraiser to amplify the creative voices and talents of artists of color in the NFT space.

The event was a collaboration between acclaimed skyscraper photographer DrifterShoots and up-and-coming young artist Diana Sinclair, in partnership with sponsors MetaMask and Samsung, and was hosted at Samsung Center 837 in the Meatpacking District in Manhattan, New York on Father’s Day and Juneteenth.

Known as Juneteenth, June 19th is one of the most culturally significant days in the American calendar, and marks the historic moment in 1865 when the last African Americans were freed from slavery in Galveston, Texas.

Nowadays, the federal Juneteenth holiday serves as a poignant reminder to consciously reflect on the horrors of the past, but it is also an opportunity to amplify societal narratives about cultural diversity and representation, as well as celebrate the recent accomplishments of people of color.

Digital diaspora — with “diaspora” referring to global migration and the displacement of people of the same culture or origins — was a celebration of black culture, with the goal of raising awareness of issues of racism and inequality, while highlighting the beauty of art born from these ongoing struggles,” according to the site.

“Digital Diaspora is an art show that celebrates black culture and the people who design it, raising often unheard voices and giving a platform to those less well known. By showcasing and celebrating selected artists and through our chosen charity, we push forward to design and build A future that truly welcomes black art in its truest form.”
The digital diaspora event was attended in person by Cointelegraph’s NFT reporter, Tom Farren, as part of his week-long reporting assignments at the NFT.NYC Conference.

Sinclair shared insights into the inspiration and origin story for a recent work, You Can’t Soften a Crinkled Paper or a Wrinkled Heart, in collaboration with musician and producer Roel Williams.

“It was a very intense piece of art that took a lot of time to make. This piece had a lot to do with the process of that, in fact, rather than exactly the final artwork,” Sinclair stated before continuing:

“I created a video collage of my friend [where] she breathes and moves. I printed every frame in the video, assembled it with my brother and flattened each frame, so now it’s like a crumpled piece of paper. Next, I scanned it and turned it into a stop-motion video, And my mother created a poem to go along with it.”
Sinclair said Williams was instrumental in developing the piece to “a whole other level”. The cascading sounds of the musical soundtrack provide structural intensity to the visuals, complementing the narrative of progress in the face of adversity.

“This piece is about perseverance and how even though we — the blacks in this country — have wrinkled, flattened, and had a lot of struggle, and we keep going, we still keep going. It’s a recurring video,” Sinclair said.

A poem accompanying this piece was written by Sinclair’s mother, Leah. The last four lines read: “We lift wrinkled hearts to the sun for healing / While showing beautiful shades / Smooth, unobtrusive shea butter skin / To the world.”

The Sinclair and Williams co-op piece is one of nine pieces displayed at the event and is currently under auction. Among others, Yacht Lounge by Cory Van Lew, Bask in the Glow by Elise Swopes, and One Decision Away by Andre O’Shea, among others.

Related: Crypto secures a place in the African American saga

Andre O’Shea has spoken eloquently on the topic of black representation within the NFT space, and shared his belief that progress exists in the form of an infinite symbol where the circle – depicting the artist’s career or creative contribution – ends, the next circle continues the cycle of the next generation.

“Having become an artist in the Web3 space, I see how validated we are as digital artists now [because] it gives us this platform. But also, talking to the new opportunities it offers us is very similar to what Diane is doing now — creating more spaces for us, creating Bigger spaces for us, and really laying that path.”