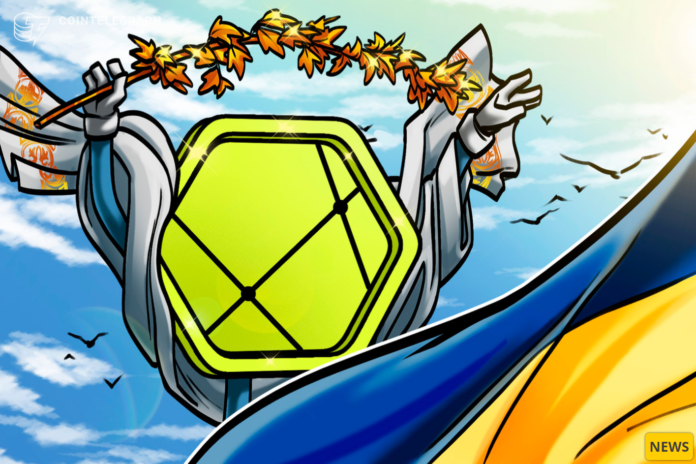 The Ukrainian government will use the sales proceeds from the Non-Fungible Online Museum, or NFT, to restore the artworks in the real world.

According to Friday’s announcement and information shared with Cointelegraph, Ukraine’s Ministry of Culture and Information Policy said the government-backed Meta History Museum of War platform, which aims to maintain a timeline of key events in Russia’s war with Ukraine, has raised 803.28 Ether (ETH) – Nearly $1.3 million at the time – through NFT sales. The ministry said the proceeds from sales would go towards “restoring Ukrainian cultural institutions,” many of which were damaged or destroyed by missile attacks from Russia.

Oleksandr Tkachenko, Minister of Culture and Information Policy of Ukraine said: “During the six months of the war in Ukraine, the Russians destroyed hundreds of our museums, theaters and cultural institutions. Ukrainian culture and national heritage have been damaged by about 6 billion euros, and based on the actions and intentions of the Russian Federation, this number will only increase ” .

“The NFT will not stop Russian missiles, but it does provide a way for Ukraine to develop as an innovation-friendly country and rebuild its economy.”

With the support of the Ukrainian government, a nonprofit organization launched Project Meta History in March, one month after the first missiles hit Ukrainian targets in the ongoing conflict. While the $1.3 million will go to Aid for Ukraine – a government-launched platform that accepts crypto donations “to support people in their struggle for freedom” – the Ministry of Culture and Information Policy said the money will be used for recovery rather than supplies for the nation’s army.

UNESCO, the agency behind several World Heritage sites based on their importance to history, nature and art, said that as of Monday, 164 cultural sites in Ukraine had been partially damaged or destroyed as a result of the war with Russia. It includes 72 religious sites, 12 museums, 32 historical buildings, 24 buildings for cultural activities, 17 monuments, and seven libraries.

“These repeated attacks on Ukrainian cultural sites must stop,” UNESCO Director-General Audrey Azoulay said in June. “Cultural heritage in all its forms should not be targeted under any circumstances.”

Since the start of the war with Russia in February, the Ukrainian government has collected more than $100 million in crypto donations sent directly to wallet addresses provided by the Ministry of Digital Transformation. According to Aid For Ukraine, cryptocurrency donations go towards providing the country with military and humanitarian aid.