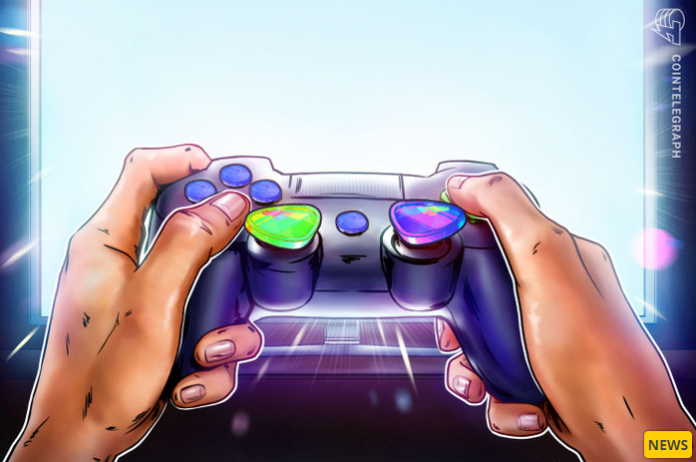 Polium, a company that markets itself as “building the products and infrastructure for Web3 gaming,” has said it is launching a game console that will support multiple blockchains and non-fungible tokens (NFTs).

The “Polium One” console announced Monday is scheduled for an initial release in Q3 2024 and will support the Ethereum, Solana, Polygon, BNB Chain, ImmutableX, Harmony, EOS, and WAX blockchains.

Currently, the only specs listed for the console are that it will support 4K Ultra HD resolution at 120 frames per second. Polium says its community will help them build the console’s hardware and software, and claims it will have a working prototype in “a few months.”

Pricing for the console is unknown, but Polium plans to mint a Polium Pass NFT, which will allow holders to claim a console on initial launch day. Pass holders will receive another NFT, which in the future can be staked for a PLAY token, the console’s native token for transacting on its market app.

Polium plans to release 10,000 consoles to Polium Pass holders and partners at the initial launch in Q3 2024, with more units manufactured for the public in Q3 2025. A goal has been set to sell more than 1 million units. units.

The company has already received criticism for its logo that resembles another popular console, the Nintendo GameCube. Polium said it didn’t copy the logo and is already creating a new logo “that is original.”

Chinese Tech Giants Will Verify ID Before NFT Purchases
China’s NFT industry players and the country’s largest technology companies have signed an agreement to verify the identity of users using digital collectibles trading platforms, according to a Monday report by the South China Morning Post.

Companies with a stake in China’s NFT market, including JD.com, Tencent Holdings, Baidu and digital payment platform Ant Group, a subsidiary of Alibaba Group, have signed a document called a “self-discipline initiative.”

The document was published on June 30 by the China Cultural Industry Association and, although not legally binding, urges companies to “require real name authentication of those who issue, sell and buy” NFTs, and “only support legal tender as the denomination and settlement currency.”

The initiative also seeks to get companies to commit not to create secondary markets for NFTs to combat trade speculation.

The popularity of NFTs in China is on the rise, with digital collectible platforms increasing fivefold in just four months, from February to mid-June 2022, despite multiple warnings from the government.

Nike seeks to create NFTs for video games
A patent filed by Nike Inc. on June 30 with the United States Patent and Trademark Office (USPTO) shows that the fitness apparel maker is interested in a “video game integration” of NFTs.

According to the filing, Nike is seeking to patent a method in which a “virtual object” will be displayed in games, where that object is a “virtual shoe, article of clothing, headdress, avatar, or mascot.” Other language in the filing suggests that Nike plans to sell the physical shoes and clothing depicted in the NFTs.

The reasoning presented in the presentation suggests that Nike is concerned about counterfeit digital collectibles and says “there is a need for a retailer to more directly influence and control the nature and ultimate supply of digital items within this virtual marketplace.”

He also explains that there is an opportunity to capitalize on and engage with gamers, as most games feature customizable characters, which could make them “more engaged with a brand in the physical world.”

More clever news:
The second largest sale of an Ethereum Name Service (ENS) domain not only in US dollars but also in Ethereum occurred on Sunday when the domain “000.eth” sold for 300 Ether (ETH), roughly $320,000. The highest sale of an ENS domain was for “paradigm.eth” in October 2021, which fetched 420 ETH, about $1.5 million at the time.