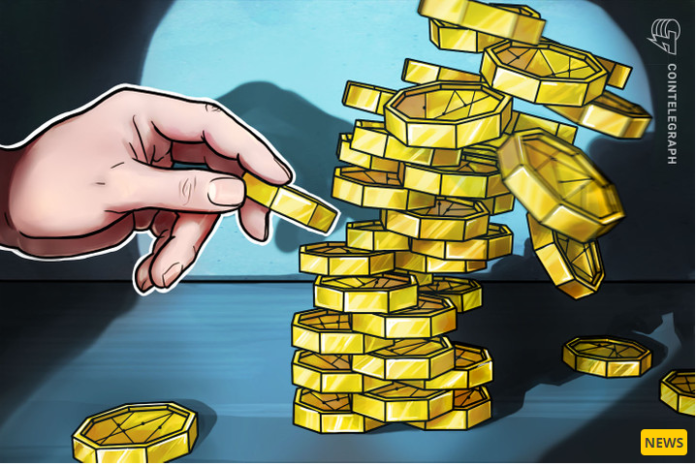 “Why does the Optimism Collective keep rewarding mercenaries like this who drop their tokens on the spot? Why should future airdrops reward these addresses?” said one of the board members of the OP.

Optimism’s recently released governance token, OP, has dropped 40% from its peak value of $2.10, prompting community members to discuss banning their tokens from being dumped in future airdrops.

On Tuesday, Cointelegraph reported that the Ethereum Tier 2 scaling solution was overwhelmed by demand for the first OP-Governance token distribution as 5% of the token supply was distributed to approximately 250,000 eligible users.

After the OP price plummeted, a member of the Optimism governance community named OxJohn submitted a proposal to the Optimism Governance Forum to exclude addresses that dumped 100% of their seed tokens. The post got a lot of community attention with 11,200 views, 305 replies, and 595 likes.

OxJohn singled out several addresses that received at least 32,000 OP tokens and posted them immediately, arguing that their actions were “counterproductive” to the community and would weaken the governance process.

OP Hodler also suggested that these accounts be banned from participating in the next round of OP giveaways, except for a “public list of accounts engaging in such behavior.” In her opinion, this will lead to the fact that the weight of management will be divided only among those who plan to actively participate.

“Why does the Optimism Collective keep rewarding mercenaries like this who drop their tokens on the spot? Why should future airdrops reward these addresses?”
The proposal was submitted for ideas and feedback only and is not yet close to a vote. The response from the management community has so far been mixed. Some users were in full support of the idea, others strongly opposed, and some called for a more subtle stance.

User Mohammedt75 said: “Very correct glasses. Incentivize people who care about the long-term interests and let others who don’t care about the ecosystem opt out.”

Mgomes explained that “one of the goals of the airdrop is to encourage people to use the network. Even if they plan on dropping it, that’s okay because they used Optimism, and if they liked the necklace, they’ll keep using it.”

Contributor JustinMarx also put forward an interesting counterpoint, stating that dumpers should not be penalized as “you never know the personal circumstances of someone who dumped their tokens.”

One of the most famous crypto Twitter users was Kobe, co-host of the UpOnly crypto podcast with nearly 700,000 followers. He responded to the suggestion in his typical satirical/mocking manner.

Kobe submitted a lengthy counteroffer on the forum called “Extended Suspension from Future Airdrops”, which was temporarily removed due to being flagged as “inappropriate”, but has since been reinstated.

In it, he said that “My lack of support for this proposal is not due to disagreement with the opinion. On the contrary, because this proposal does not go far enough.”

“I propose that we, Optimism Collective, cancel future airdrops for anyone who sold tokens in the last 6 months. These people have a pattern of undesirable behavior, we can consider them as “potential future sellers.”
To scare off potential future sellers, Coby suggested issuing a promissory note to them, as well as considering using “physical force” against them.

However, after being asked to give a more serious response to this suggestion, Kobe highlighted several reasons why he thinks it’s a bad idea.

He pointed out that OP’s early price is irrelevant, sellers have different motivations, the ability to sell and still participate in governance, the token is used as part of Optimism’s customer acquisition costs, and the ease of launching a new address for