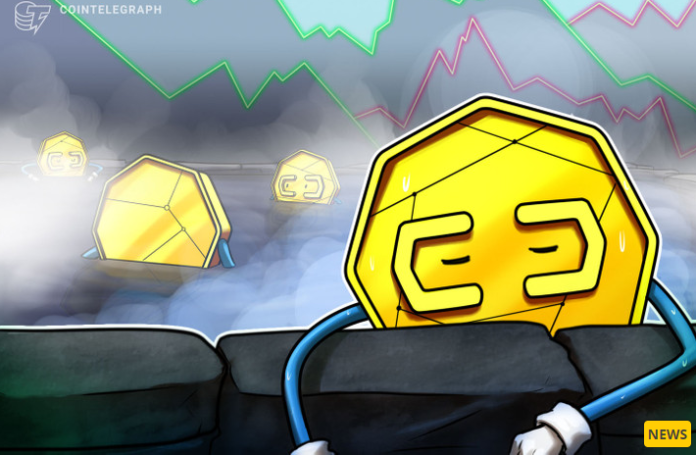 Crypto investment products posted slight weekly inflows last week as volumes fell to their second lowest in the year, indicating weak demand among institutional investors over the end of the summer.

Overall, crypto investment products recorded a weekly volume of $1 billion, which is 55% lower than the annual average.

CoinShares said most of the negative sentiment centered around Bitcoin, which retreated last week after facing a tough rejection at $25,000. Bitcoin is currently around $21,200, which is below the realized price, or the average price at which the circulating supply of BTC was last bought.

RELATED: Over 200,000 bitcoins are now stored in bitcoin ETFs and other institutional products

The strong correlation between Crypto and traditional stocks leaves the asset class vulnerable to more volatility ahead of the Federal Reserve’s annual Jackson Hole summit in Wyoming later this week. While options traders see no cause for concern, Federal Reserve Chairman Jerome Powell may boost the central bank’s policy expectations of a downside when he delivers Jackson Hole’s speech on Friday.

Large institutions dumped $5.5 billion in BTC between May and July, mostly as a result of forced selling, according to Arcane research. Institutional investors seem to be standing on the sidelines due to the volatility of the cryptocurrency market, a rocky macro backdrop and uncertainty on the regulatory front.

The NFT sector is projected to move around $800 billion over...