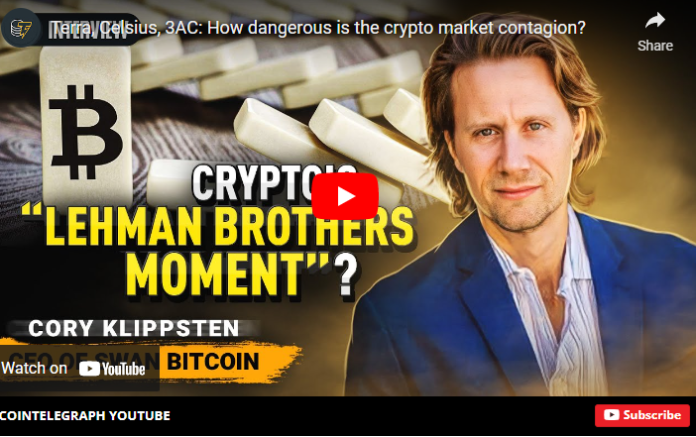 Corey Clippsten, CEO of Swan Bitcoin, believes the Celsius Network-related liquidity crunch could be just the start of a wider crypto lending crash.

“It doesn’t matter if you’re an amazing CeFi lending platform, take these private deposits and lend them on the back end and give them a return, or terrible, they’re all going to get dragged away one way or another.” Klippsten said in an exclusive interview with Cointelegraph.

A staunch bitcoin maximalist (BTC), Clippsten has been a vocal critic of centralized lending platforms like Celsius.

Klippsten is quite skeptical that Celsius will be able to fully compensate users who are currently unable to access their funds on the platform.

“Unfortunately, there will be a struggle for the remaining positions for several more years,” he predicted.

Klippsten describes Celius as a particularly egregious case of poor risk management, noting that similar business practices are widespread in the industry and will soon be criticized by regulators.

The crypto market bottom is ‘almost in’ — Market Talks chats...