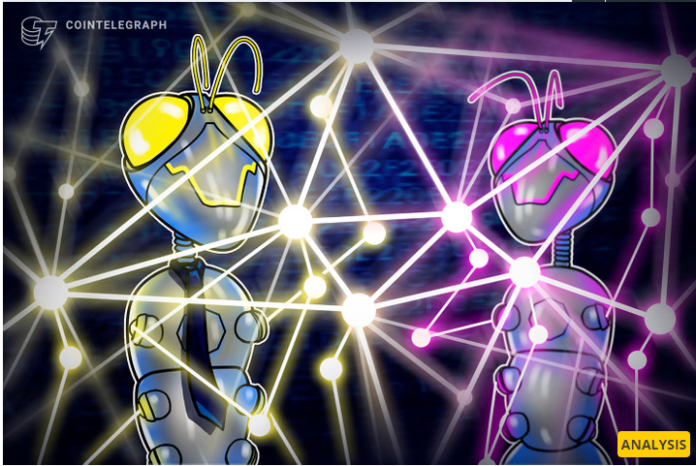 The second largest blockchain has created a huge ecosystem around itself. However, scalability issues have allowed ETH killers to infiltrate the ring.

Ethereum has proven to be an impressive force. While its main problems have spawned other coins aiming to solve them, Ethereum is looking to shed its old skin with the release of Ethereum 2.0.

Despite the fact that Ethereum was founded six years after Bitcoin (BTC) and the introduction of blockchain technology, the digital asset Ether (ETH) has become the second most valuable cryptocurrency in terms of market capitalization, overtaking coins like Litecoin (LTC). ), Ripple (XRP), Dash (DASH) and Monero (XMR) that were launched before.

The technology behind the Ethereum blockchain is the main reason behind its meteoric rise.

Vitalik Buterin, a Canadian-Russian programmer and co-founder of Ethereum, told Business Insider that the Ethereum blockchain is designed to eliminate Bitcoin’s “limited functionality.”

The Ethereum blockchain aims to foster innovation by enabling the development of decentralized applications (DApps). This is the basis of non-fungible tokens (NFTs) and the concept of the metaverse.

Although Ethereum has solved the limited functionality problem, it has not solved some of the main problems related to Bitcoin and most blockchains due to its heavy reliance on Proof-of-Work (PoW) consensus.

Low scalability, network congestion, high gas fees, and environmental issues are some of the main issues related to the PoW consensus mechanism used by Bitcoin and Ethereum.

As a result, Ethereum has been preparing for the transition to Proof-of-Stake (PoS) in Ethereum 2.0 for some time, which will be launched shortly.

While PoW helps keep the blockchain secure, the problem with this consensus mechanism is its connection to mining. The computers involved in mining use a significant amount of energy trying to solve these mathematical puzzles.

Bitcoin uses more energy than Argentina, the Netherlands and the United Arab Emirates, according to the University of Cambridge. This causes serious environmental problems.

In addition, due to the reliance on mining, blockchains such as Ethereum, which conduct a large number of transactions, are slow in terms of transaction speed, leading to network congestion and, consequently, higher gas fees.

In addition, PoS eliminates the environmental issues associated with mining, allowing transactions to be completed faster and at a lower cost.

The Birth of the Ethereum Killers
Ethereum killers are networks trying to supplant Ethereum by addressing its blockchain’s problems such as low scalability, high fees, low transactions per second (TPS) and environmental issues. They intend to achieve this by using a proof-of-scale consensus mechanism. Cardano, Solana, Polkadot, and Tezos are some of the most well-known.

Cardano
For example, Cardano uses Ouroboros, a PoS-based consensus and security protocol. The Cardano blockchain is highly scalable thanks to the use of Ouroboros, resulting in faster transaction speeds and lower fees.

In addition, the Cardano Hydra project aims to increase the speed by more than 300%. Cardano can currently process around 250 TPS. However, the developers are working on a scaling solution to reach 1000 TPS. The Cardano blockchain is energy efficient and solves that associated with the Bitcoin and Ethereum blockchains