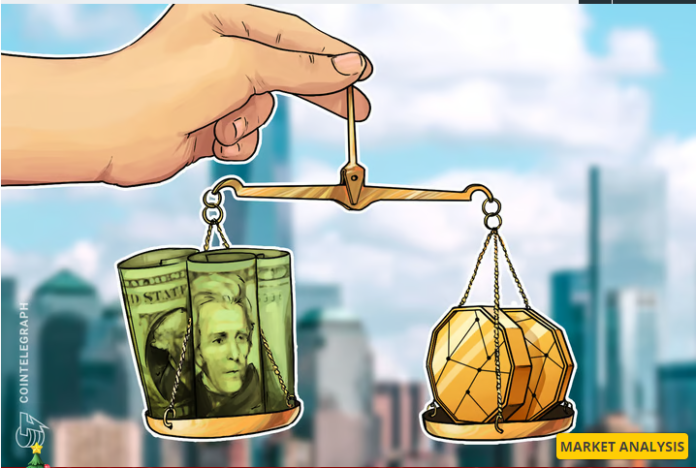 The total crypto market cap is in danger of falling below $825 billion, but data shows traders are actively increasing their long and short positions.

The cryptocurrency’s total market cap is down 8.1% over the past two days after failing to break the $880 billion resistance on Dec. 14.

The rejection did not invalidate the 4-week ascending channel, but a weekly close below $825B will confirm a move into the lower band and lower the $790B support level.

A very different scenario has unfolded for altcoins, which are under pressure from ongoing regulation and fears that major exchanges and miners could become insolvent. This explains why the total market cap has fallen 4.7% since December 9th.

According to court documents filed Dec. 15, a US trustee announced the committee in charge of part of FTX’s bankruptcy proceedings. These include Wintermute Asia, one of the major market makers, and GGC International, a subsidiary of distressed loan platform Genesis. Investors still don’t know who the main creditors of bankrupt exchange group FTX are, fueling speculation that the contagion could spread further.

On December 15, the Central Bank of the Netherlands issued a warning to investors using KuCoin, saying the exchange was operating without legal registration. De Nederlandsche Bank added that the crypto firm offered “illegal services” and “illegally held wallets” to users.

Adding to the drama, Mazars Group, a company known for providing back-up audit services for crypto firms, reportedly removed recent documents detailing stock audits from its website on Dec. 16. The company had previously been named the official auditor for Binance’s Proof of Reserve updates, a move KuCoin and Crypto.com followed.

The bitcoin mining sector also suffered from the sharp correction in cryptocurrency prices and rising energy costs. Public mining company Core Scientific has been offered a $72 million emergency credit line to stave off bankruptcy. Lender calls for suspension of all payments to Core Scientific lenders while bitcoin stays below $18,500.

The 4.7% weekly decline in the total market cap was mainly influenced by Ether
ETH

, which was trading down 15.1%. Consequently, bearish sentiment had a significant impact on altcoins, with 14 of the top 80 coins falling 12% or more over the period.

Perpetual contracts, also known as reverse swaps, have an embedded interest rate that is typically calculated every eight hours. Exchanges use these fees to avoid currency risk imbalances.

Q&A: What does the future of Web3 really look like?

How to use Minecraft to understand the Metaverse and Web3

Plain talk about NFTs: What they have been and what they...