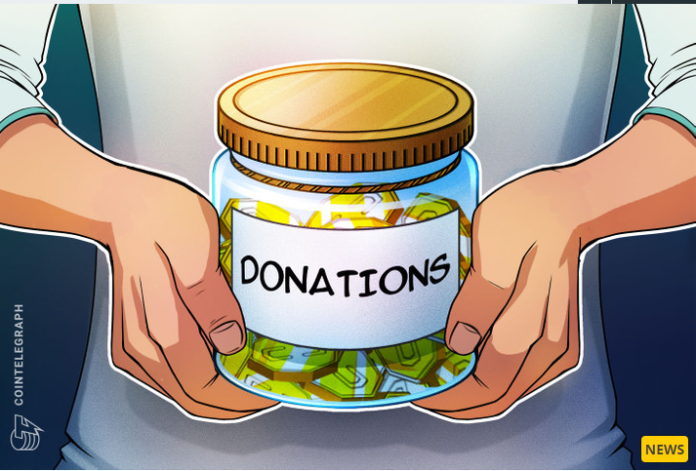 CryptoPunk 5364 NFT was donated to Help Ukraine campaign by user 0x165cd3 who purchased the piece on March 1st, 2022.
It took the Ukrainian government cross-border sanctions and an escalation of the war to realize the importance of cryptocurrencies as it witnessed continuous financial support in the form of cryptocurrencies and non-fungible tokens (NFTs).

In an ongoing effort to meet the needs of citizens and the nation, Ukraine’s Deputy Minister of Digital Transformation, Alex Bornyakov, announced the sale of CryptoPunk’s NFT for 90 Ether (ETH), received as a donation on April 20 . 2022.

Ukraine is the third country outside the European Union, after Norway and Liechtenstein, to join the European Blockchain Partnership (EBP) as an observer. After this step, the country plans to expand the partnership of the intergovernmental blockchain network with other countries.

He also stressed that donations in cryptocurrencies “proved to be an important support” during the Russo-Ukrainian war, stating:

“The next step is full blockchain integration of Ukraine and EU based on EBP/EBSI initiatives.”