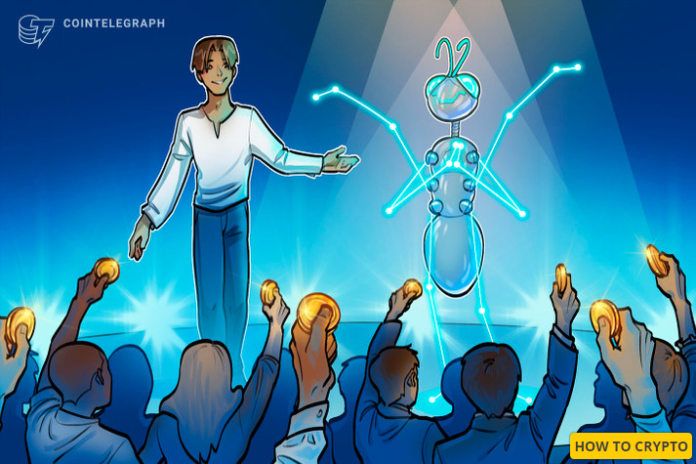 Governance tokens give users the opportunity to take a more active role in managing decentralized projects.

Governance tokens are a type of cryptocurrency that allows token holders to vote on the direction of a blockchain project. The main purpose of governance tokens is to decentralize decision-making and give holders a say in how the project is run.

Governance token holders are usually more interested in the success of the project because they stand to gain or lose more, depending on the outcome. Community members can use tokens to directly influence the direction and characteristics of a blockchain protocol. As such, it is possible to implement changes related to the user interface, agree on fees and reward distribution, or even change the underlying code of a project.

Although most decentralized finance (DeFi) tokens are governance tokens, voting is not their only defining characteristic. People who own these government tokens can use them to get loans, deposit them, and earn money through farming yields. With all this, its main function is still to distribute power.

Governance tokens are a relatively new invention and there is still a lot of debate about their effectiveness. Some believe that they are the key to true decentralization, while others fear that they will lead to the centralization of power among a small group of token holders.

Users who have made significant contributions to the community or shown loyalty are often awarded governance tokens. Token holders then vote on key issues to ensure projects move forward effectively. Generally, people vote using smart contracts, so the results are automatically tabulated and entered.

Each project has its own set of governance token rules. They are distributed to stakeholders, including the founding team, investors, and users, using different calculation methods.

The Ethereum-based DAO MakerDAO was one of the first issuers of government tokens. MakerDAO’s stablecoin is called Dai
ICD

The tokenholders govern the protocol themselves. One token equals one vote and decisions with the most votes are accepted.

Among the types of topics MKR token holders can vote on are fees, rules, and team member appointments. Ultimately, the goal is to maintain the stability, transparency, and efficiency of the DAI.

, which token holders can use to decide on important issues related to the protocol.

The number of COMP tokens users receive is based on their activity levels on the Compound network. That said, users who borrow and borrow more often will be rewarded with more COMP tokens. The COMP token is the equivalent of one vote in Compound. Tokens can also be delegated to others to vote on your behalf.

In 2020, Compound relinquished control of the network management key and the project is now fully governed by its token holders with no other governance methods.

What is the difference between governance and utility tokens?
Utility tokens are digital assets that can be used for a specific purpose, such as paying a woman or accessing a product or service. Rather, governance tokens give the holder a say in how the project is run.

The purpose of a utility token generally falls within the native blockchain network or crypto platform where it was purchased. bnb
bnb

is a good example of a utility token. Used on Binance to pay fees